Boy who refused to eat after losing both parents, dies of ulcer

A student of the University of Agriculture, Makurdi, Benue State, has died after refusing to eat due to the loss of his parents.

Eden Stevie, the first son of the family, lost his mom in December, 2018, and lost his father this January.

He reportedly developed ulcer due to his refusal to eat and died this morning. His friends have since taken to social media to mourn his demise.

Friends of the d_eceased have also taken to the platform to pen down tributes to him. 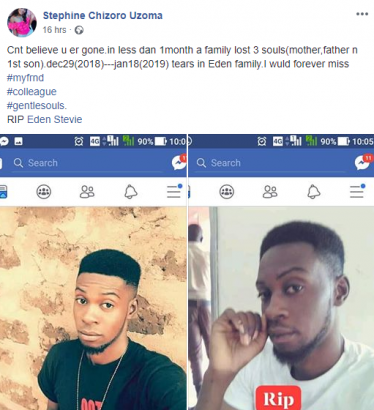