A Lagos slay queen has garnered so much attention to herself today on social media after posting that she needs to be raped mercilessly by money. The slay queen identified as Treasure Agorgoh, who claims to be a graduate of University of Lagos (UNILAG), took to Facebook earlier today to share some sexy and seductive pictures of herself with an unusual caption.

Dear Money. Please come & Seduce me, if i refuse please rape me mercilessly its my body, I promise I won’t shout or go to d police. 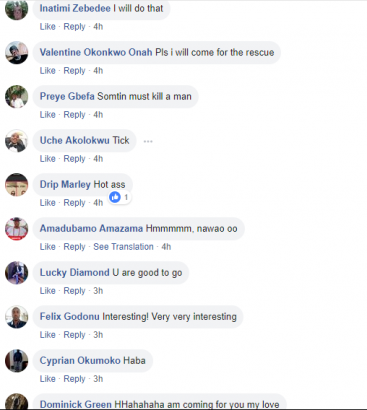 Though the post was meant to serve as humours, her pictures have sparked reactions from internet users mostly males who are drooling over her curves.