Popular Singer, Davido has revealed his plans for girlfriend, Chioma and according to the artiste, he his hoping to walk down the isle with his heartthrob Chioma and spend the rest of his life with her.

This was revealed during a question and answer session with his fans on Twitter. A fan asked him what plans he had for Chioma, and he didn’t take long to reply. The fan asked;

What are your plans for the future?… Are you going to marry Chioma our sister? ?? 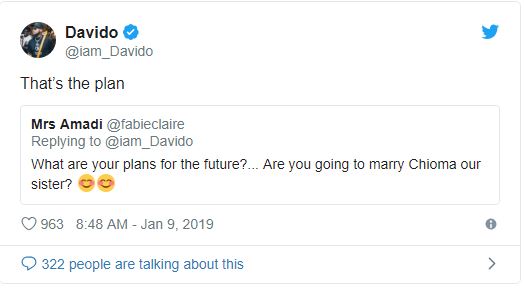