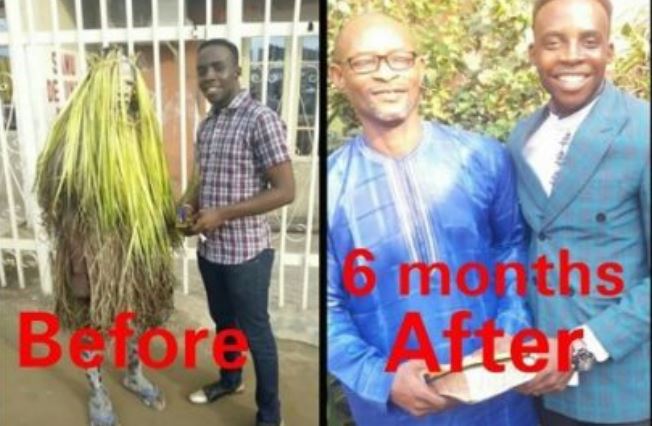 Masquerade gives his life to Christ

A man was a Masquerade in Nigeria has converted to Christianity and even became an evangelist in 6 months after he was preached to by an evangelist. The evangelist met the man on the road, preached to him and he forsook his Masquerade act and followed Jesus. The man who won his soul took to Twitter to share the testimony of how it happened.

“Lord led me to preach to a masquerade named Segun.” Segun was immediately converted and was sent to a “Rehabilitation and Discipleship school”. He is now “saved” and has now become an evangelist.

“Today I am the happiest man on earth, 6 months ago, the Lord led me to preach to a masquerade named Segun, He got saved, he went to church and we sent Him to A Rehabilitation and Discipleship school.
Today He is a graduate of the Discipleship school and Rehabilitation. 6 months thoroughly taught in the word of God. Kai
My fruit Abides
He is saved and now becoming an evangelist.”