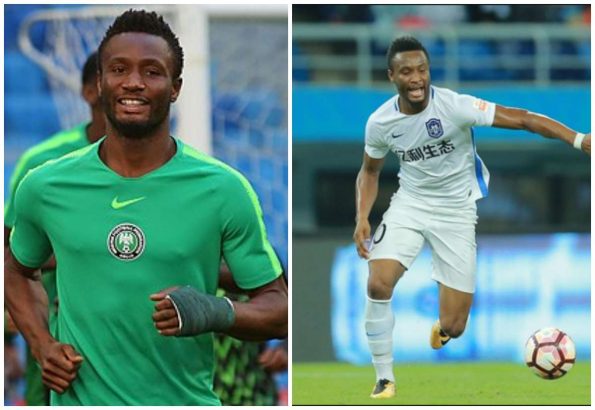 Mikel Obi has cancelled his contract Chinese club Tianjin Teda, a year before the agreement between club and player was due to run out. The Super Eagles captain is seeking a return to Europe for family reasons.

Mikel did not travel with the Tianjin Teda first-teamers to Spain for pre-season training as he is said to be negotiating with the club to break his contract.

“I broke the contract with the club, which means I will leave Teda. As for my next stop, I am not sure yet, maybe I will return to Europe, maybe stay in China. Anyway, I would like to wish the TEDA team good luck next season.”

Mikel performed well for Tianjin Teda in the first half of the 2018 season but struggled with injuries in the second half after representing Nigeria at the World Cup.

A spate of injuries limited Mikel’s all round impact with Teda and Nigeria to the barest, with several missed matches against his name owing to a spate of injuries, such that his value was bound to be affected.

As another transfer period sets in across world football, startling data have revealed that any club willing to buy Mikel could get him for as low as €3.5m, which is a far cry from €11m that took him to Tianjin.

Mikel, who Eagles’ coach, Gernot Rohr is also in doubt of his future with the Nigerian national team, is now searching for a new club as he bids to stay relevant for the team, heading into the 2019 Africa Cup of Nations.

Panties thieves to be charged with attempted murder – Police warns