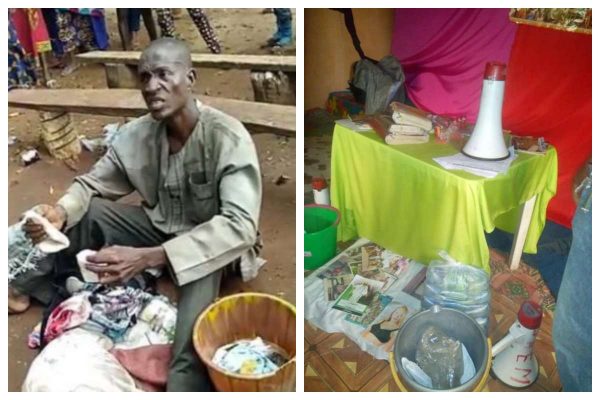 A man who claimed to be a pastor, was today caught with a bag full of female pants and bra in Auchi, Edo state while making his morning preaching rounds.

According to reports, the pastor who is known for going about to preach in the mornings, was accosted by members of the state vigilante and asked what was the content of a Ghana Must Go bag he was always going about with.

A search carried out showed the bag contained different types of female pants and bra. He was taken to his church where more pants and bra were discovered.

The reports about stolen female underwear has been rampant in the media since the late part of the year 2018.

It is rumoured that the items are being collected for fetish interests.