A robbery gang led by a ‘fake’ soldier, has been busted by the operatives of the federal special anti-robbery squad (FSARS). The robbery gang led by the ‘fake’ soldier who specializes in car snatching from innocent victims at gun point, reportedly operate in the federal capital territory, Kadunaand Benue states. The suspects have been paraded by the police, and it was gathered that various weapons were recovered from them.

Here are photos below; 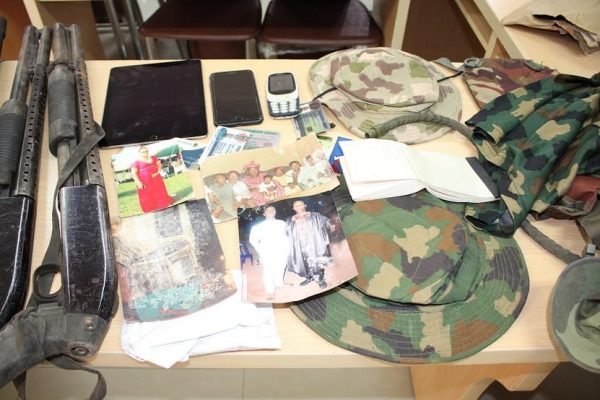 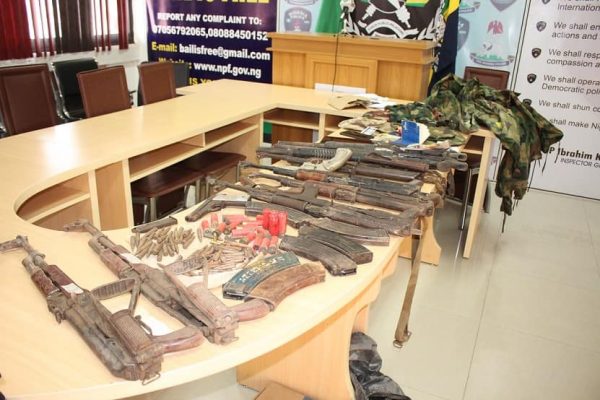 This is coming few months after the LAGOS State Police Command,  smashed a notorious armed robbery gang known as ‘NO CASE‘ which has been terrorising residents of Ejigbo and its environs, and arrested its suspected leader, Kazeem Segun, popularly known as omi ( water). Kazeem, who had been on the command’s wanted list, was arrested alongside a suspected member of his gang, Kazeem Femi by policemen attached to Ejigbo Division.