A woman has just given a lavish send-off to her dead dog as she spent about N1.8million (£4,249) on the dog’s funeral. Captain the Staffordshire Bull Terrier, 11, died on Christmas Day after suffering a cardiac arrest on the operating table and his owner said he deserved the same respect as any family member, Metro UK reports.

Owner Sasha Smajic, 37, said she didn’t eat for a week after his death. In total she spent £4,249 on the funeral, including £225 on a dove release and another £620 on getting his name written in flowers. 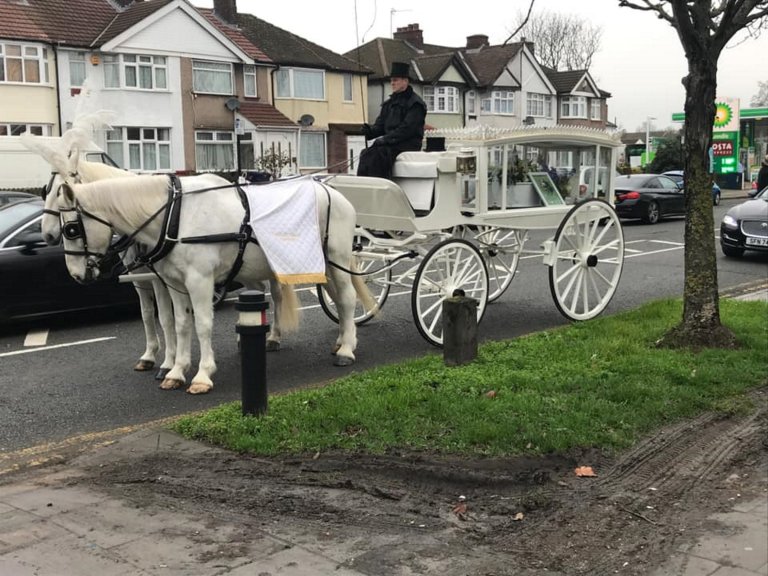 “I don’t think I’ll ever celebrate another Christmas. I don’t think I would ever have the strength to do that – a piece of me has gone”.

Captain’s body was taken from the vets in a horse-drawn carriage to a park where he used to go for walks.

Cemetery owner Maureen Beach read a poem at Captain’s graveside with 11 doves – one for each year of his life – being released at 2pm during the service after he was lowered into the ground.

Afterwards, Sasha went to the pub where she put a plate of chicken and chips on the table ‘as that is what he would have had’.Sasha said: 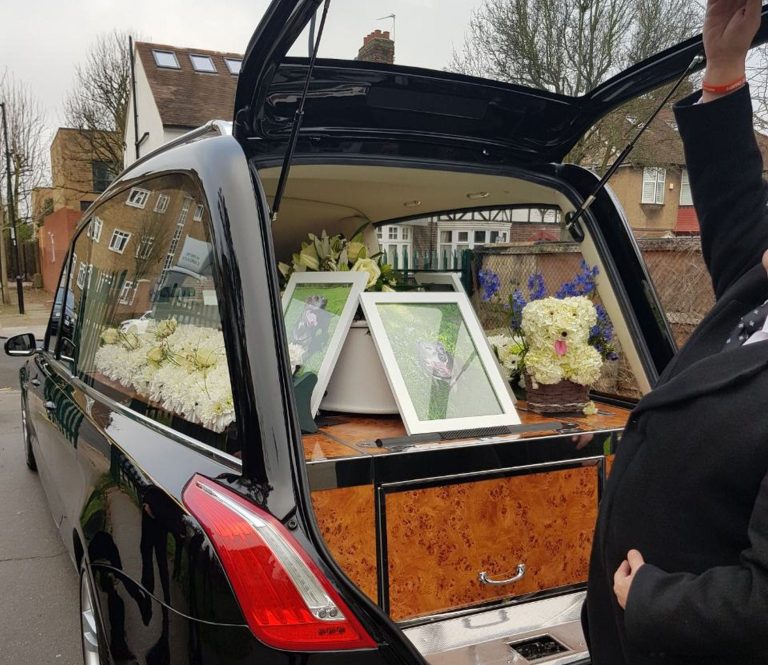 ‘Captain deserved a special send off. For some people he was a dog, to me he was my baby – he was everything to me and always will be.

‘I don’t think we should differentiate [between animals and humans]. If you decide to have a pet then you have decided to have a kid in your family and they should have the same respect as humans.’

She spray painted his coffin white and had a plaque put on it saying ‘I love you to the moon and back’ – a nod to their song by Savage Garden.

‘I wanted Captain to be taken away from the vets with animals, with his friends, and that’s why I decided on the horses.

‘I wanted everything to be white as he was like an angel and demanded white flowers on everything, including the dog statue.

‘I planned a route from the vet past my house and to the park where he spent a lot of time as I wanted Captain to say goodbye to everything he knew and to have that last walk with me.

‘When he died I couldn’t talk to anyone and locked myself in my room for seven days, I couldn’t eat.

‘I still have this physical pain in my heart, it’s like someone has ripped something out of me and it’s empty in there.’

Initially Sasha struggled to get hold of a funeral director that would make her vision for Captain’s funeral a reality. 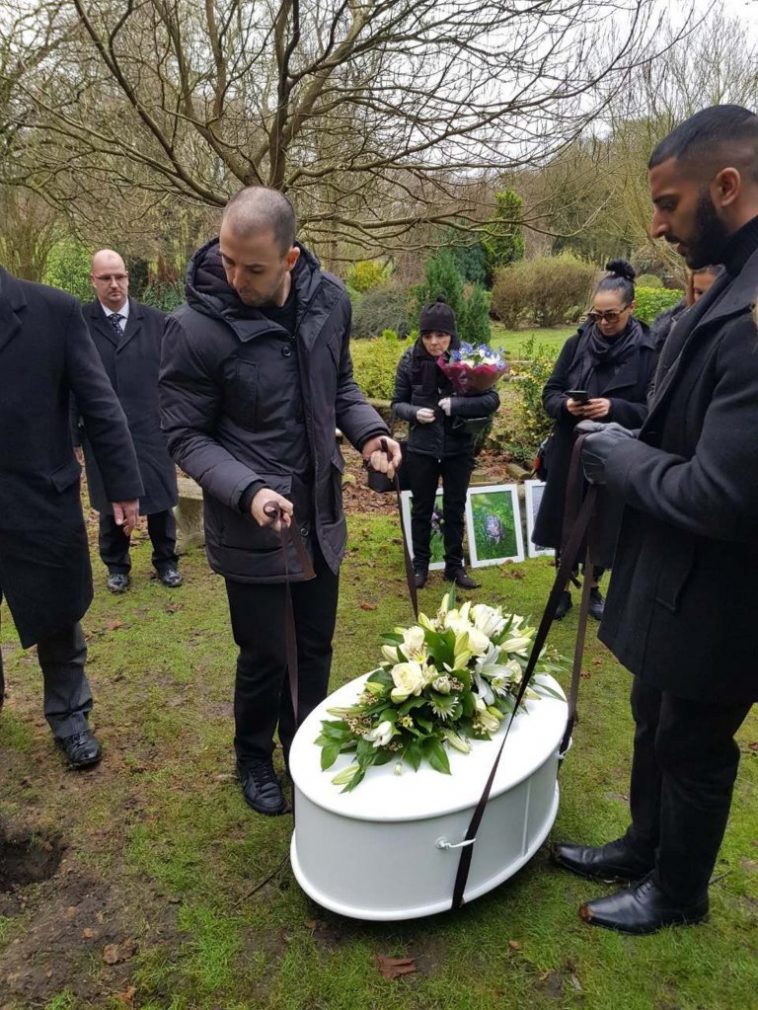 Eventually she tracked down Southall Funeral Service who she said were respectful.

‘It meant a lot to me that I received so much love and respect in the way the owner Michael planned everything, I felt like he felt my pain.’

Sasha adopted Captain from an animal rescue when he was seven months old where they suspected he’d been used in dog fights.

Initially shy and reserved, Captain soon grew to love and trust Sasha and her family.

Sasha said: ‘Staffies don’t normally have a good reputation but he defied that stereotype of being an aggressive dog, he loved people.

‘He would teach people that he wasn’t dangerous, he loved babies but got scared when they cried and would try and ‘save’ them.

‘If he accidentally stepped on you and you said ‘ow’ he would wag his tail and lick you to apologise. ‘Captain was a very playful and outgoing dog and loved chasing his tennis ball.’

Last autumn Sasha claims she knew something was wrong with Captain as he was acting out of character – being quiet and lethargic.

‘In August I was sitting with him at home and in my heart I felt something was wrong with him.

‘He was being quiet and not himself – it’s a bond you can’t explain with words.’

Captain was diagnosed with stomach cancer and just before Christmas took a turn for the worse. During an operation he suffered a cardiac arrest and couldn’t be revived.

‘I wanted him home for Christmas and on Christmas Eve spent two hours with him at the vet just holding him as he lay flat on my legs.

‘When I left he walked away and as he approached the end of the corridor he looked back – that’s the last time I saw him alive.’

Sasha said looking back at pictures from the funeral is helping her through the grieving process. Sasha said:

‘The memories of the funeral help, I keep looking at the images. ‘I have no regrets how I sent off Captain, he deserved every piece of it and more.’