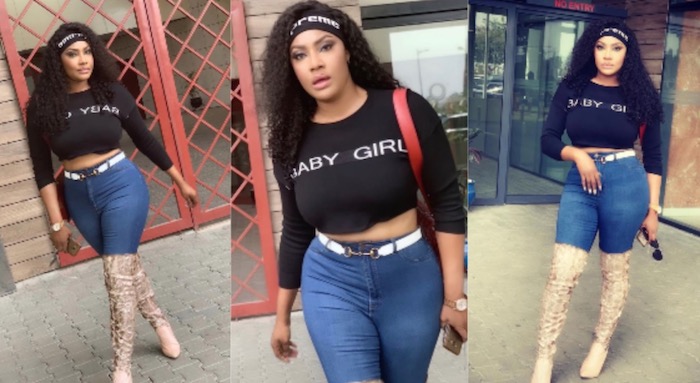 I guess the year of clap-backs are back as Angela Okorie happens to be the latest celeb who has come under heavy bashes after she shared photos of her ‘chilling’. Though the photos looked real good and she was definitely covered up, some male fans came at her, saying she should go and build her home, amongst many others.

Angela Okorie, who in recent times, have taken to Social Media like her female colleagues in the industry to share ‘chilling photos’, was heavily criticised after posting new photos few hours back, and in fact, going through the comment section, you’d notice a good amount of male fans were displeased for reasons best known to them.

One of them, after raining abusive words on her, said she should go and think of giving birth to kids and raising a home for her husband. Another said, he was very sure that a sugar daddy paid for her trip abroad and now she is using Instagram to oppress her fans.

Well, the beautiful actress, who is yet to respond to any of the comments, sure looks pretty and of course, elegant in these photos.