I haven’t seen my period since December, I think I am pregnant for my ex-boyfriend – Princess Shyngle 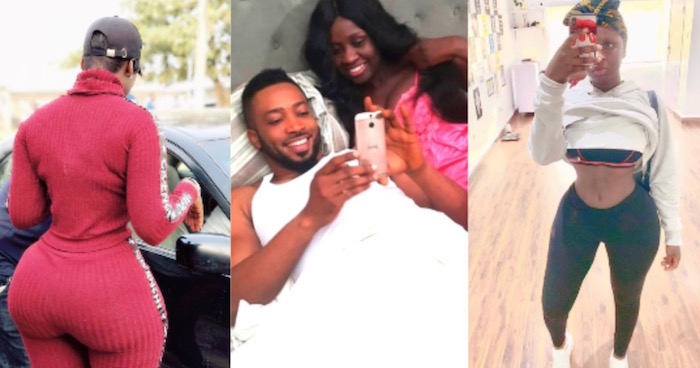 Gambian and Nollywood actress, Princess Shyngle, who was in the news lately, after she allegedly tried committing suicide, has taken to her Social Media page to reveal she may be pregnant. This revelation, which has gotten loads of reactions from her fans, was shared few hours ago.

The actress took to her page to make it known to her fans that she hasn’t seen her period in three months. Hmmm. And according to her, the last time she was sexually active was in December of 2018 – with her ex-boyfriend.

Recall some days back, she revealed that she removed five ribs and her small intestine to achieve her tiny waist structure, well, some fans have taken time to remind her that ‘birthing’ a child may be a very herculean task for her because of her very thing waist line.

In Princess’ own words, she said;

“The last time I had s*x was with my ex in December… January came and passed and I didn’t see my period We’re now in February and I still haven’t seen my period. So I’m about to take a pregnancy test… Wish me luck y’all.”