My best friend doesn't know I impregnated his mum

What won’t we see on Twitter Nigeria?? Please, what exactly? Lol. Nigerians have the weirdest stories ehn! So, a while ago, a Nigerian Twitter user revealed a secret he had kept for so long a time. A secret which he had concealed from his best friend of many years; he had slept with his friend’s mother and impregnated her.

Worst part of the story is, his best friend doesn’t know his younger brother is a product of the sexual intercourse between him and his mum… Boom! Twitter users have been left shell-shocked after a man publicly let out a secret he has been keeping for years.

The Twitter user, @Matt_Mogotlane revealed this a while ago and a lot of people have come at him, of course, they had to.
In his own words, he wrote;
“7 years ago I got my best friend’s mom pregnant, till this day my best friend still doesn’t know that his younger brother is also my son.“ 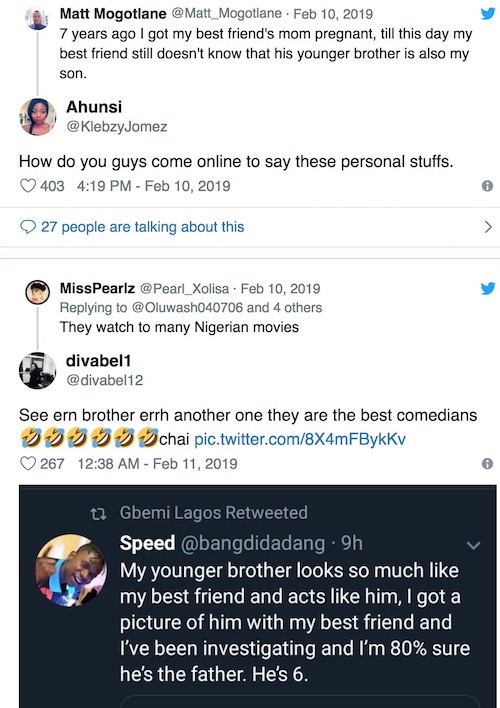 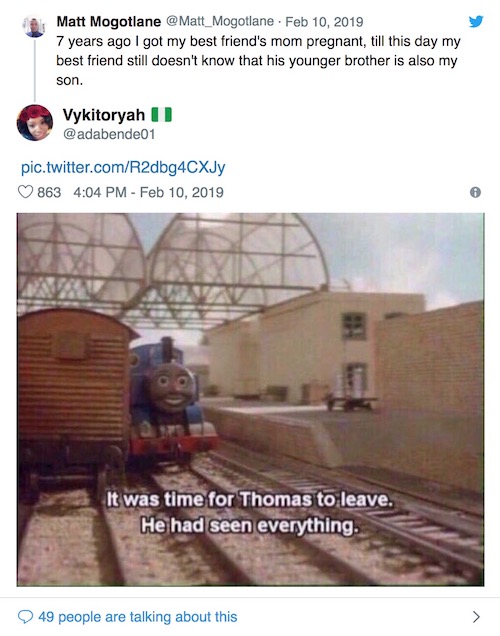