BBnaija 2019: All you need to know about BBN Housemate, Tacha – See how Davido changed her life (Pics) 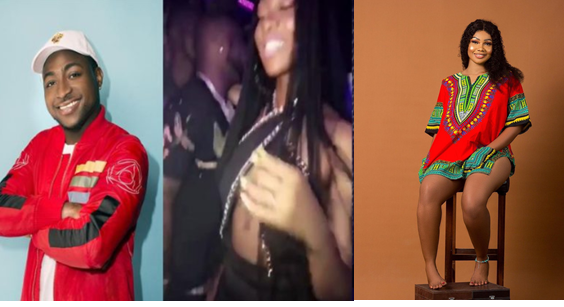 All you need to know about BBN Housemate, Tacha

Big Brother Naija 2019 housemate, Simply Tacha is an Instagram sensation and social media influencer who has made her way into the BBNaija house. According to those in the know, Tacha has always wanted to be on Big Brother Naija. And she’s one of the trending housemates on social media alongside Mike.

The 23-year-old native of Cross River, who loves to call herself Port Harcourt first daughter, came into prominence after getting a tattoo of Davido’s OBO crest on her cleavage. 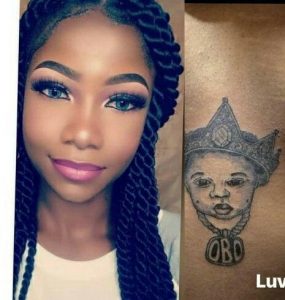 Davido finally linked up with the Tacha who broke the internet with a brave move of tattooing an image of him on her chest in Owerri. Davido visited the club in the state, and met with the lady who tattooed his image on her chest.

The move got attention from the singer with an Instagram follow. She has since maintained the relationship with the singer’s crew. Already, Naira Marley, Bobrisky, Moesha Buduong and Wofai Fada, Twyse and Davido’s brother, Adewale Adeleke are some of the popular stars already rooting for Tacha.

As if that was enough, Tacha gained the public attention again she was in the news for allegedly staging her own kidnap as well as release to gain recognition. She neither confirmed nor denied the allegation. Click here if you missed the story

This spunky housemate is familiar with the controversy terrain so much that she might remain a recurring topic with each of her moves in the BBNaija house.

Talented at making strategic money moves, Tacha readily flaunts her sexiness on her Twitter and Instagram accounts. She is proud of her body and teases her followers with her boobs at every given opportunity.

Tacha has been at the forefront of being comfortable in her body. She has – according to one of her videos on Instagram – 35 strokes of stretch marks on her boobs and she readily flaunts it to her followers at any given opportunity.