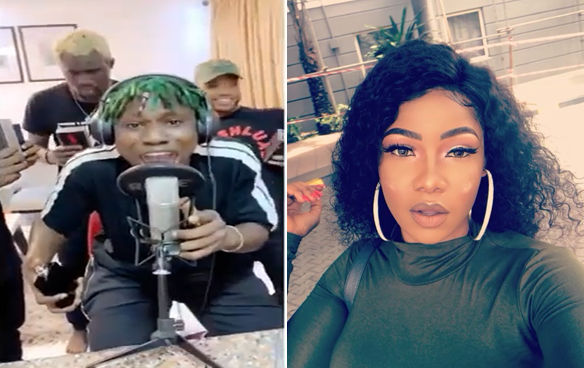 Singer Zlatan Ibile has now dropped a diss song on BBNaija former housemate, Tacha who was disqualified from the show yesterday.

Before Tacha was disqualified, she had a blown out fight with Mercy who began asking her to go treat her body odour because she smells. Zlatan Ibilie has now taken the chance to make a viral video of himself and his crew singing a diss song to Tacha. Watch the video below.

BBNaija: I never said I would give Tacha N60million – Mr P denies (Video)