Most times we focus on African presidents and their wives. We usually forget about the daughters and sons of the political leaders of our lands. We present the top 7 most beautiful daughters of presidents and heads of states in Africa.

Brenda Biya is the daughter to President of the Republic of Cameroon. She lives in Yaounde, Cameroon.

Aya appears with friends, she is the one at the far right of the centre photo. Aya is with her husband in the photos at the right.

She is Abdel Fattah al-Sisi, the ex-army chief’s only daughter who is currently the president of Egypt. Aya is not only beyond stunning, but also polite and courteous.

Ngina Kenyetta is Kenya’s President Uhuru Kenyatta’s daughter. This beauty was named after her grandmother, Mama Ngina Kenyatta. She is regarded as a very social lady.

Ngina’s complexion and beauty is usually the centre of attraction each time she steps out for an event.

Malika Bongo Ondimba is the only daughter of the President of Gabon, Ali Bongo Ondimba and she has been described as a beauty to behold.

Malika has been tagged as a social and women rights’ activist as she defends and offers social assistance to less privileged or abused women.

Ange Kagame is the second child and only daughter of President Paul Kagame of Rwanda.

She is a philanthropist and recently, the pretty 21 year old graduated from Smith’s College in Massachusetts, United States, with a major in Political Science with a minor in African studies.

Her Royal Highness Princess Sikhanyiso Dlamini of Swaziland is the eldest daughter of King Mswati III of Swaziland. 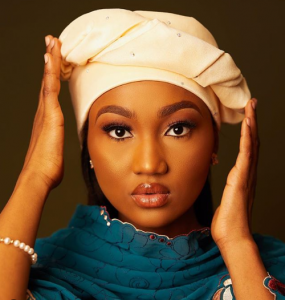 Zahra Buhari Indimi (born December 18, 1994) is the daughter of the president of Nigeria, Muhammadu Buhari, who became president on May 29, 2015. She is the wife of popular Nigerian businessman Ahmed Indimi. Zahra Buhari is the fifth daughter of Gen.