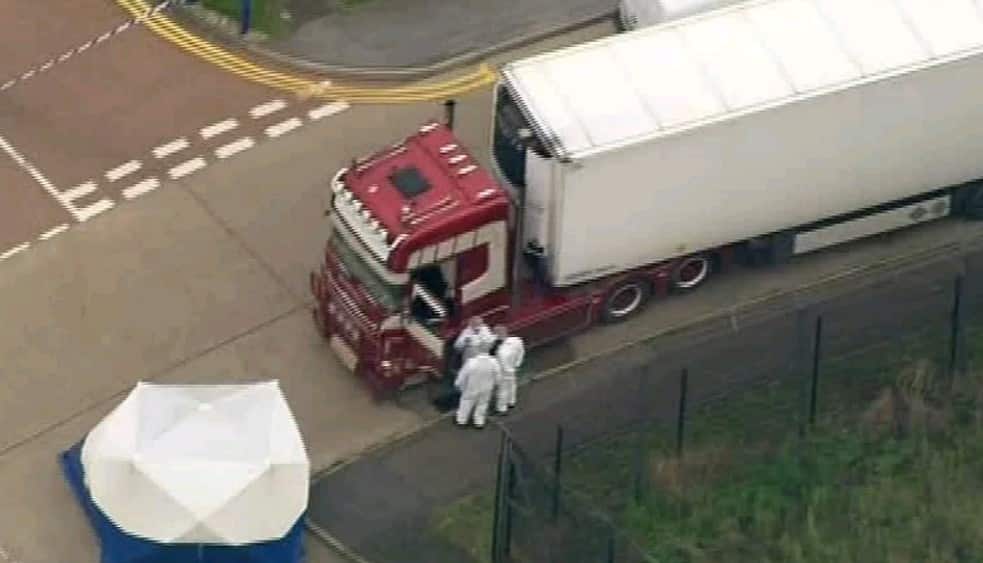 Police in England have opened a murder investigation after 39 dead bodies were found inside a container truck on Wednesday. The police are yet to determine any of the victims’ identities.

The passengers, all of whom appeared to be adults, were declared dead at the scene.
Experts yesterday said the temperature inside the refrigerated trailer unit, which is said to usually carry biscuits, might have been as low as -25C.

The driver from Northern Ireland, has been arrested on suspicion of murder.

Police in forensics suits were seen working on the cab end of the lorry, which is Bulgarian registered. The police are taking desperate measures to investigate the case and dig out the real fact behind their deaths.

Videos of two Nigerian pastors using the same woman for miracle has been making rounds on social media. In both videos which had the two different Pastors at different scenes, the woman’s bloated and shortened arm grew back to its normal size after being prayed for during miracle sessions.

One of the Pastors has already been identified as the popular Pastor Chris Okafor, the founder of Mountain Of Liberation and Miracle Ministry.