#BBNaija: “I still want to be around you” – Confused… 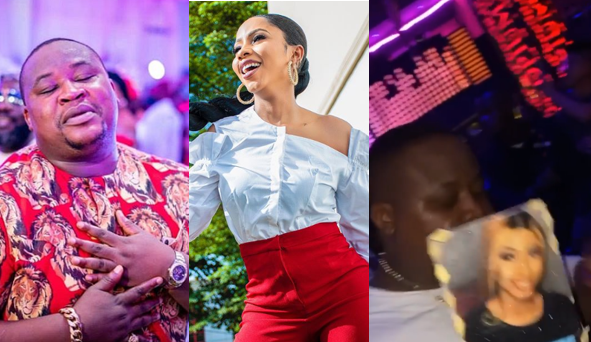 The BBNaijaFinale night was a night of great joy, when BBNaija 2019 finalist, Mercy Eke, was announced as the winner of the Pepper Dem edition of the reality show. Quite a handful of die-hard fans took to social media to celebrate the win as they gave reasons for choosing Mercy as their fave and one of them happens to be Nightlife king, Cubanna Chief priest.  could not contain his joy after Mercy was announced winner of the show as he was spotted in serious jubilation.

In an video he uploaded on Instagram right after Mercy was decleared einner of BBNaija 2019, Cubana penned a note of gratitude. He explained that he tried his possible best to ensure his Owerri sister emerged as the winner of the reality show. He added that he has not been known to support failure.

‘They created a new bank for me”- Ex-BBNaija winner…

Na Me Be #CubanaChiefPriest🔑 I Have Never Hyped Failure, If I Put Body For You, Nothing Can Stop You @official_mercyeke Congrats 🎊 #MyOwerri🇳🇬 We Did Big Brother Back2Back We Re SuperStars🌟✨ The Gods Had Enough Moët🥂 N Hennessy🥃 In Their System So Dem Fall For Us, Tonite🔥 @cubanalagos ShutDown🔥 I Fuckin Bought Big Brother For #myowerri🇳🇬 Sister @official_mercyeke I Said It N I Did It 👀 Of The Gods #CelebrityBarMan🌟

Leave Nigeria if you do not want to die – Kemi Olunloyo warns BBC reporter, Kiki Mordi

‘He brought out Vaseline, I told him i’m wet already, he said it’s not for my V. what he did next traumatized me’ – Nigerian woman