#BBNaija: What an emotional reunion between Seyi and his girlfriend! (Video)

Big Brother Naija finalist, Seyi Awolowo has finally reunited with his girlfriend after he was made the ONE.org health advocacy Ambassador. Seyi was recorded by Avala who shared the video of him  with his girlfriend having a deep cuddle that lasted for seconds. 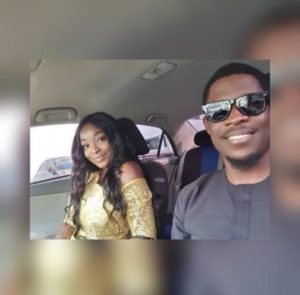 Seyi alongside Omashola were Evicted from the #BBNaija House at the live BBNaijaFinale last night! After three months, in which a total of 26 individuals have dwelled in the house, it was down to the top five housemates in Big Brother Naija from which Mercy was crowned the ultimate winner. Watch video below

Headies 2019: Former BBNaija Housemates and their outfits on the red carpet (Photos)

BBNaija: I loved Biggie’s voice, it turned me on in the house – Tacha (Listen)