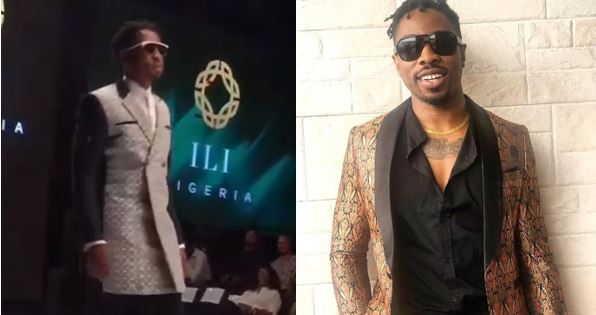 Some online users commend his walk on the runway but most of the said he still needa to do better.

See more and watch below: