#BBNaija: Mercy is worth over N100 million, becomes the richest big brother housemate ever 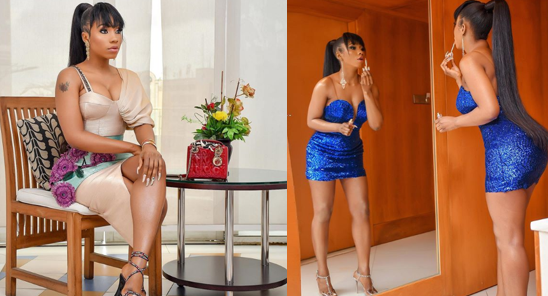 Big Brother Naija winner, Mercy Eke has gone ahead to prove that she is a force to reckon with in the Nigerian entertainment industry. The Owerri born lady has had her Networth gone up in fold we can’t imagine in a short while of winning the BBNaija show. We would be discussing some of her assets, endorsements and average earnings so far below: Mercy might have broken the record by becoming the first lady to win the big brother naija show, but she is also doing well outside the show. With Endorsement flooding in the reality star, Latest survey shows that Mercy who is popularly called Lambo is the richest among all housemates that participated at the 2019 edition of the show.

BBNaija Lockdown: Why I can’t be in a relationship with Ozo…

Though it might still be early days, however with Mercy recently bagging an Endorsement Deal with Moet Hennessy as well as having deals with other brands, she’s winning the race when it comes to cash. She reportedly got a whooping sum of $12,000 from the wine deal.

Her recent purchase saw her made the deposit of N1million to purchase a 4-bedroom duplex in choice area of Lagos. The house could be roughly valued between 20-40 million (Wait on the correct data). Seh was also gifted the sum of N3.6 million from Business Mogul, Ben Okonkwo and his wife Ichechi Okonkwo.

It’s left for us to see if the record breaker can keep up to pace with the demands of the industry as it’s still early days.