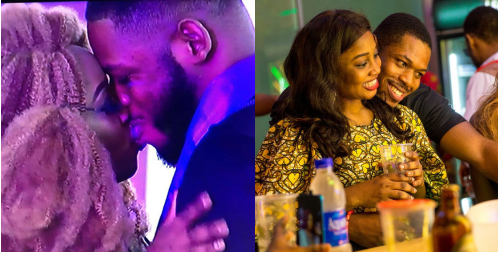 Nigerians are reacting to ex-BBNaija housemate Esther’s decision to unfollow Frodd on social media after a recent interview he did.

In a recent interview that Frodd granted, he was asked his plans for Esther now that they were outside the house and he said that he was only concerned for himself and his brand.

According to him, he wants to pursue the brand so that his fans would see that they did not waste the money they spent on him.

“The plan I have is only about me. They are plans that concern my life. I want to pursue my future and my brand, which is what I hail my fans for because they did it for me. So, I want to take care of that first to make them see that their money worked. I am working for my fans.”

Following his recent interview about Esther, Nigerians are reacting to it. A set of people hailed him for his position on Esther, noting that she used him.

See some tweets below;