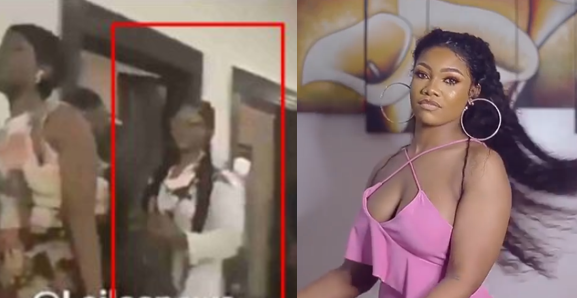 It’s almost certain not everyone came across this old video of Tacha when she was mocked during the big Brother Naija, BBNaija audition in Port Harcourt.

The Controversial reality TV star, just like every other young Nigerian with the dream to get on the most popular reality TV show in Nigeria, had gone for the audition with the hopes of being among the final contestants. Her dream however came through, but no one ever thought she would be picked for the show.

In fact, she began to trend from the day of the audition as one of the people auditioning, after spotting Tacha at the centre, decided to mock her.

She was slut-shamed and called all sorts of names, without any idea she was going to feature on the show and eventually become one of the most talked about celebrity of 2019.

Of course, Tacha was selected for the reality TV show and she presented herself as the true definition of the pepper dem gang. Though controversial, she has a very huge fan base that never ceased to vote for her anytime she was nominated for eviction.

But unfortunately, Tacha was disqualified from the show over gross misconduct.