BBNaija winner’s party: Mike and his wife set the dancefloor on fire (Video) 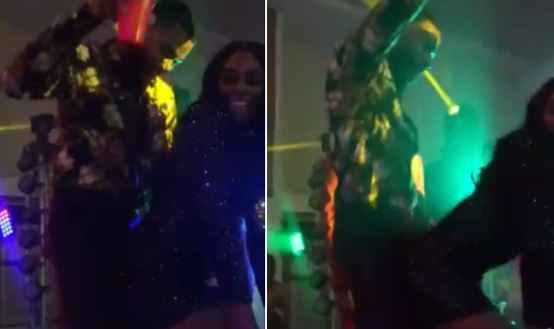 Mike who is the only married man has been enjoying some special attention because of his attitude in the BBNaija house and how much his wife gave him her full support during the show.

Perri just like her husband has been in the news for her hot looks including her white mono strap dress she wore for the finale.

Mercy and Mike reveal what they do as they self-isolate…

She has also been by his side since the finale of the show, attending all the media rounds with him and as expected looked beautiful as she attended the BBNaija winner’s party with her husband.

See them enjoy the dance floor below.