American superstar, Beyonce is reportedly coming down to Africa to celebrate this coming Christmas. This is according to actress and socialite, Moesha Buduong, who claimed she heard somewhere that the singer has listened to Sarkodie’s advice and is planning to come to Ghana to celebrate Christmas

Reports have it that the American singer gained more fans in the West african country after her songs with Wizkid and Shatta Wale, off her Lion King album.

Moesha however made made the announcement after she made an update on Instagram where she posted a picture of Beyonce with the caption;

Well, it is not clear where she got the information from as she refused to disclose her source. 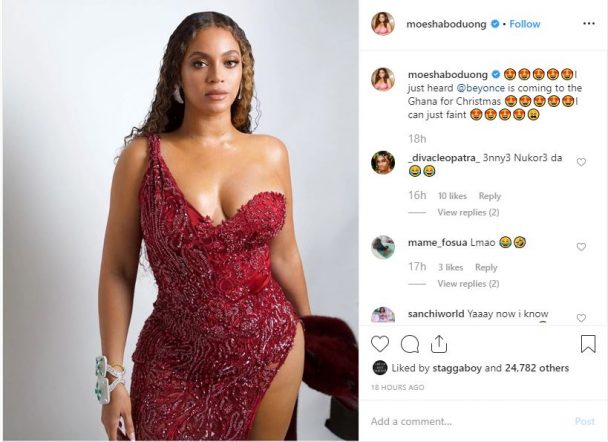