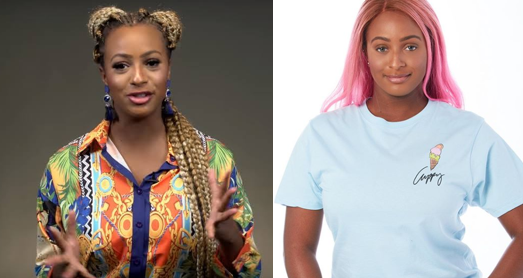 Florence Ifeoluwa Otedola a.k.a DJ Cuppy is one of the daughters of Nigerian Billionaire and business mogul, Femi Otedola and despite being born into affluence, the Gelato crooner has forged her own path in the entertainment industry. The ace Disc Jockey is not joining the train of celebrities throwing cash away online in the name of giveaway.

Cuppy whose net worth is reportedly a whooping $1.7 million revealed why she is not in the ‘giveaway band-wagon’ she said “People who do giveaways are buying fans” but trust social media users, they were quick to respond to her rants.

Read the screenshot below: 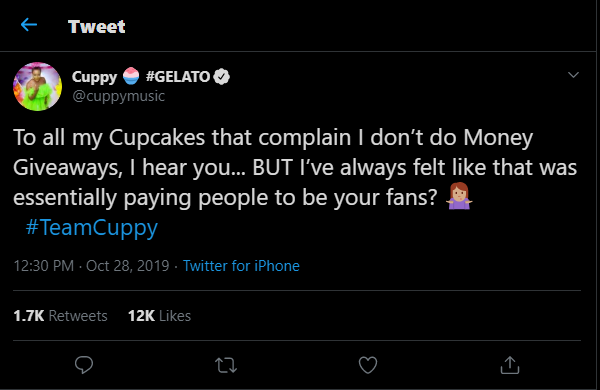 In related news, Rapper, Zlatan Ibile, has expressed his desire to kiss Billionaire Disk Jockey, DJ Cuppy, on stage. His comments was instigated by the viral video of Tiwa Savage and Wizkid sharing a kiss on stage in Paris, France. The Zanku dance propounder took to his Twitter page to shoot a direct shot at Florence Otedola but he got a cheerful curve from the Billionaire daughter of Femi Otedola.

DJ Cuppy’s Ferrari was originally black, see how it was painted pink (Video)

DJ Cuppy reveals she and her sister, Tolani are still single