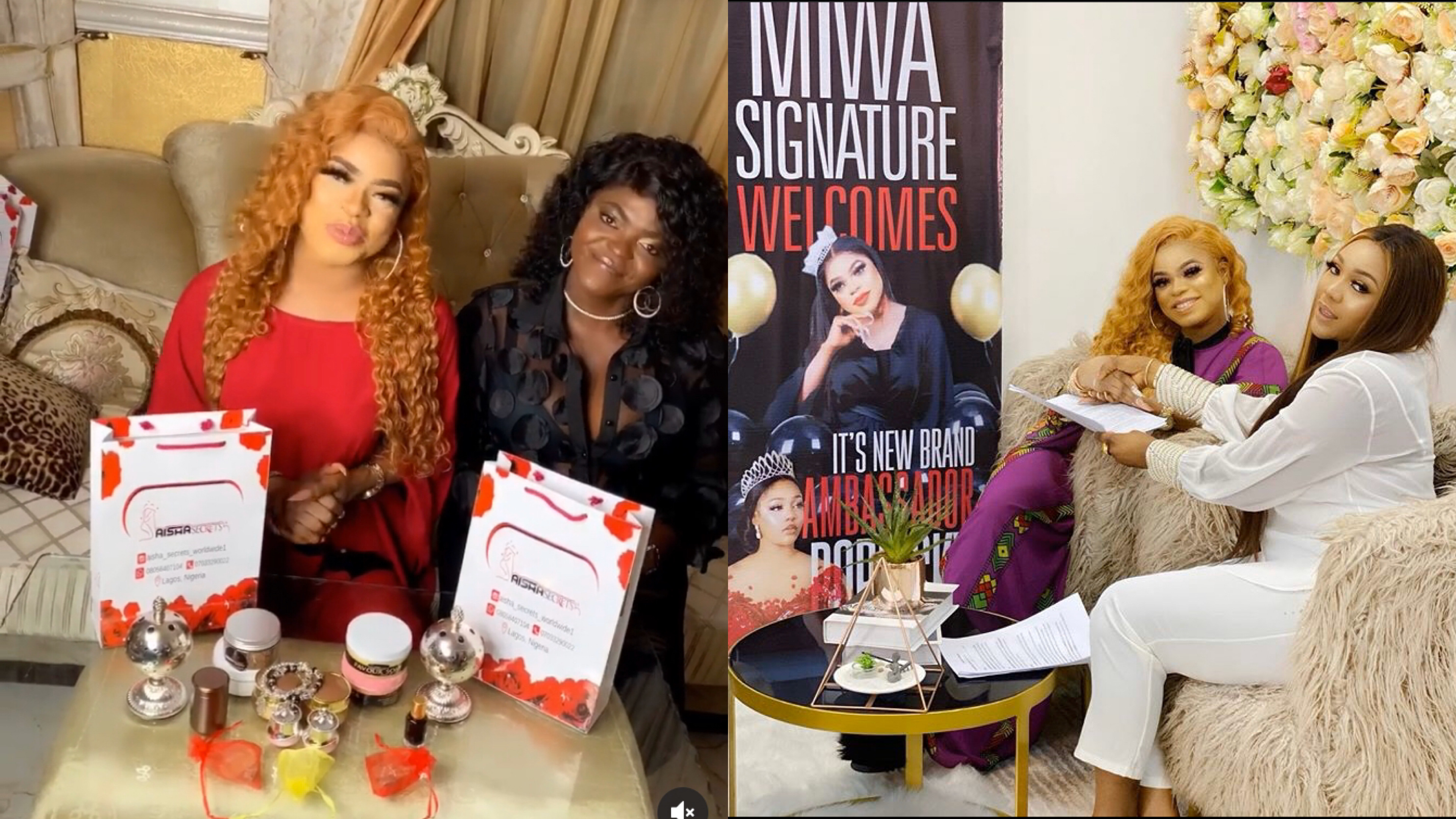 Nigerian famous cross-dresser and male barbie, Bobrisky, has recently added two endorsement deals to his number of achievements, both in one day! He is now an ambassador for Miwa Signature palace, a brand that deals with Kayanmata. Bobrisky says the owner of the business, known as the Kayanmata Goddess, treated him with more love and respect than he had ever experienced.

The other brand he signed a deal with is Aisha Secrets, which he says deals with prayer products that cleanse from any spiritual problem like near success, bad luck, promise and fail. They also have other products like the crystal stone, favour set, cleansing kit, and the blue eye bead which was spotted on some female housemates of the just concluded BB Naija and caused a lot of differing opinions.

This is not to say that they purchased it from Aisha Secret but it appears that Bobrisky is always at the center of a lot of controversy, as both brands have been accused of practicing juju and voodoo. Anyways, all the best to him!