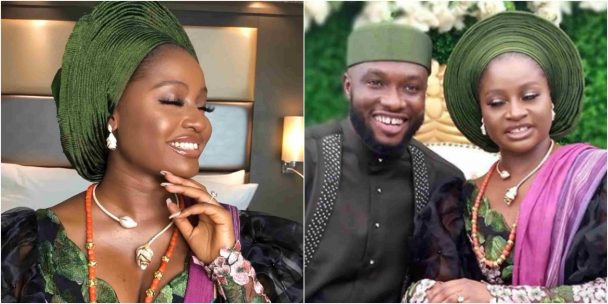 Actor and model, Emmanuel Ikubese and his fiancee, Anita Brows Adetoye, had their wedding introduction in Lagos today and a beautiful video of the introduction ceremony was released online.

The former Mr Nigeria, Emmanuel Ikubese got his break into the entertainment industry the 2014 edition of the contest, while his wife to be Anita Brows Adetoye, popularly known as ‘Anita Brows’ is a make-up artist with celebrity clientele.

When will you be giving us children bobrisky

Why I was away from the country – Aisha Buhari

#BBNaija: Tacha to begin her media tour this week (Video)