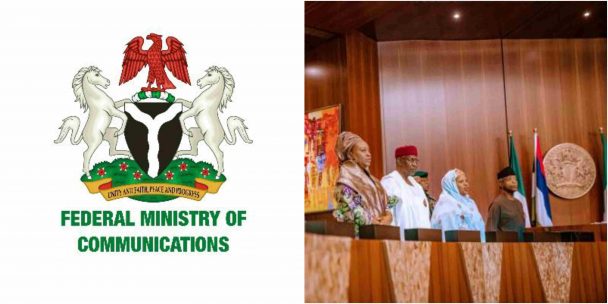 The Federal Executive Council (FEC) on Wednesday approved the proposed change of name for the Ministry of Communications.

In the meeting presided over by Vice President Yemi Osinbajo, the Ministry name was changed to the Ministry of Communications and Digital Economy to reflect the evolution of the digital economy and its importance to the nation’s wealth going forward.

Ahmad Bashir, the spokesperson for President Muhammadu Buhari tweeted immediately after the approval.

Last year, the Federal Government had announced plans to generate $88 billion and create at least three million jobs through digital economy within 10 years.

The move by the Federal Government to reflect the digital economy in the ministry of communications indicates a shift in economic focus and further highlights efforts by the current administration to harness the nation’s technology potential in terms of job creation and revenue generation.

A Senior Special Assistant to the President on Sustainable Development Goals, Adejoke Orelope-Adefulire, who spoke at the first digital classroom in Abuja last year, said: “The Nigerian digital economy will generate an estimated $88bn and create three million jobs over the next 10 years. Today, we are experiencing a different kind of revolution. It is the digital revolution. Our world is a global village and what happens in one end of the world reverberates in another end in micro seconds.”