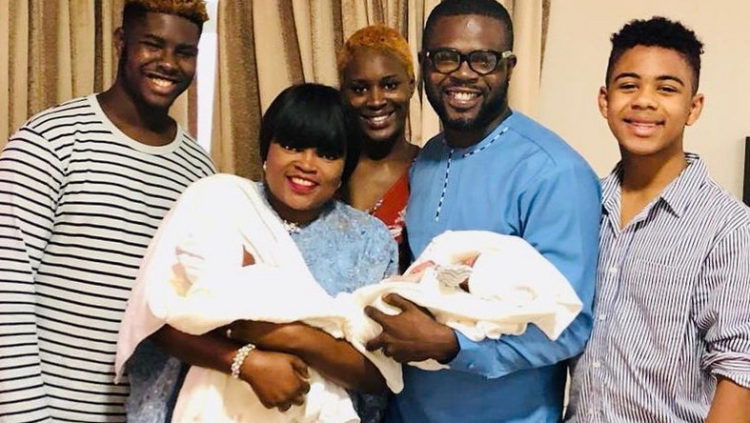 Popular Nollywood actress, Funke Akindele recently shared a glimpse of her twin boys watching cartoon through a laptop on her Instagram page.

The movie producer only showed their rear view as she is yet to reveal their faces. Taking to her Instagram story platform, Akindele-Bello shared a Boomerang video of her boys watching a cartoon.

The actress welcomed twin boys in London with husband, JJC Skillz in December 2018. Fans have been waiting to see her children.

In other news, Funke Akindele, the producer of popular Jenifa’s diaries series has promised to make former BBNaija 2019 housemate, Diane a star. The actress got drawn to Diane during her visit to the house in the course of the show.