It is no more news Adeyeye Enitan Ogunwusi, the paramount King in Yoruba land, Ooni of Ife, has a new queen. After his previous wife Wuraola Zainab dissolved their marriage, the king who celebrated his 46th birthday few days ago married a new bride for himself in October 2018.

Oba Enitan who took to his Instagram page to announce his nuptial ties with the new Olori called her by her full name: Shilekunola, Moronke, Naomi.  But even more than this, there are many other things to know about the new, beautiful bride. Although Naomi was hardly ever in the spotlight, she is a force to reckon with in her community.

READ ALSO: BBNaija: This is my master bedroom – Mercy shows off the beautiful interior of her new house (Video) 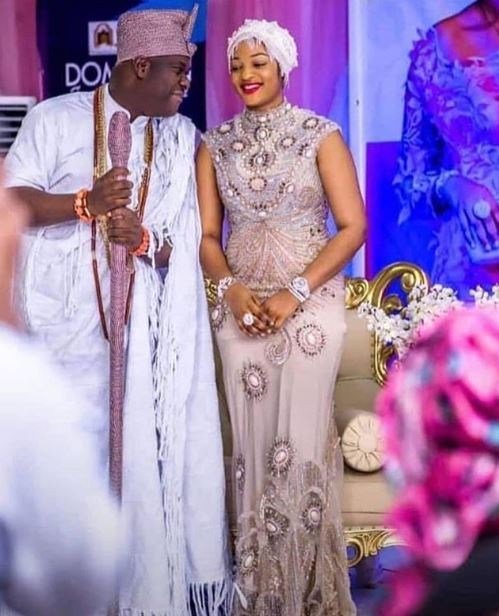 New Video emerged pointing that her royal highness; Queen Naomi Ogunwusi could be pregnant. The video shows Olori Naomi dancing with what looks like a baby bump at a party where King Sunny Ade was performing. If true, this means the Royal family are expecting their first child. See Video below: