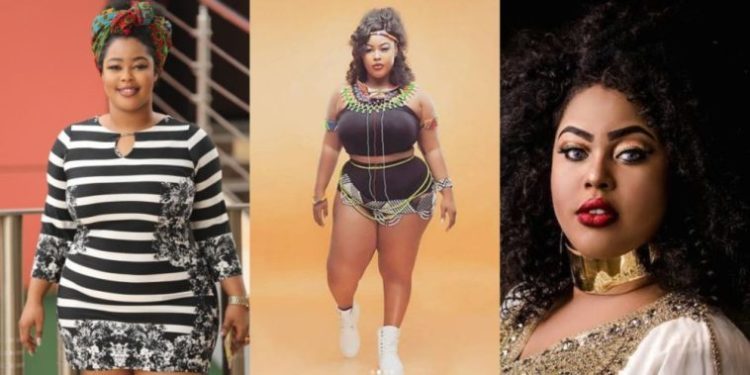 Ghanaian actress and singer Nana Frema, has now shared the effects she has got since she had her plastic surgery after being body-shamed on social media.

Nana Frema has stated the type of plastic surgery she had was liposuction surgery which she carried out just to become comfortable in her body and to grow her career but that seem not to be forthcoming.

“You know when I went to work on my body, it was because of the name calling, which at a point got me depressed and I thought going for surgery would work. It did because I’m now comfortable with who I am, I can wear what I want and all that but with my career especially, it has not helped, I am not satisfied.

“I feel it is because I came out to say that indeed I had worked on my body. The movie roles are not coming, the singing gigs are not coming and I sometimes feel I shouldn’t have come out, I think it has really worked against me.

“I thought things would be ok for me but I guess I was wrong, I am not fully satisfied. I needed that self confidence to show the world what I am made of in terms of talent because before then, I was told, if I were slim, or did not have a big stomach, it would have been easy but it is all false,” she told Graphic Showbiz in a recent interview.

She also opened up about the effect the Plastic surgery has had in herlov has had on her love life her boyfriend is ashamed to take her out, because his friends keep insulting him with her body being fake.

“I don’t blame them though because Ghana is not yet there. We have not gotten to that point where we will accept things like this.

“Interestingly, men like ladies with big butts, some even pay for their girlfriends to go and do it, even pastors pay for their wives but I guess they do not like that when it’s in the public like mine,” she said.

When asked if she had any regrets going under the knife, she said no,

“I wouldn’t say I regret it because it increased my self esteem and gave me the confidence that I wanted but it is just the other side that I lack.”