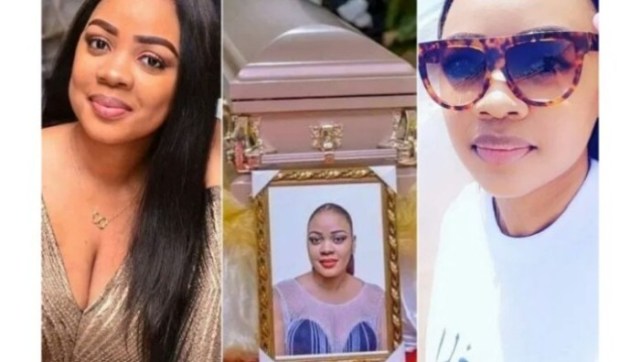 A Congolese lady has tragically died after allegedly being poisoned by her jealous best friend for receiving a job promotion ahead of her.

According to reports, the lady was poisoned, allegedly, by her own best friend. The two were up for a job promotion at work and the lady won. Unhappy, her friend decided to ‘take her out’.

She reportedly poisoned a meal, gave it to the friend to eat and consequently, she died soon after eating it.

She’s been arrested for murder but denies the charge. The deceased has been buried. A beautiful life cut short in her prime by the evil of jealousy.

May she rest in peace.

Check photos of her below… Chioma’s ex boyfriend shares throwback photo of them together