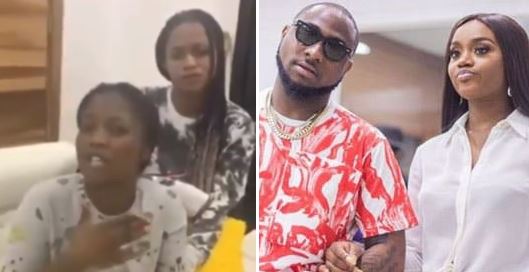 Nigerian Lady, Ellen and her sister have called out Nigerian superstar and marriage bound Davido, accusing him of impregnating her and refusing to take or accept responsibility.

The lady and her elder sister made a video where they accused Davido who recently welcomed his baby boy with his wife Chioma of impregnating the younger one.

According to the elder sister, who was the more vocal one in the video, she claims Davido doesn’t want to accept the pregnancy, he is denying the pregnancy. She claims she was there when it happened.

She further explained that her sister and Davido met at the Eko Hotel during her birthday party and he has refused to accept they had a romp that night. Watch video below: