Leave Nigeria if you do not want to die – Kemi Olunloyo warns BBC reporter, Kiki Mordi

Controversial journalist, Kemi Olunloyo has stated that Kiki Mordi, the reporter behind the sex for grades documentary, is full of arrogance.

According to Kemi Olunloyo who tweeted in reaction to news of death threats on Kiki Mordi, the identity of the reporter should have been protected.

Advising her to leave the country to save her life, Kemi Olunloyo shared on Twitter: 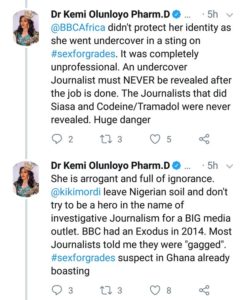 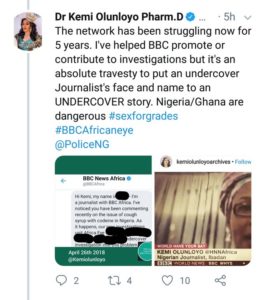 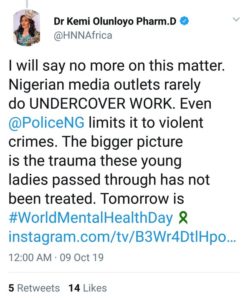 “Tacha is the only icon I know” – Kemi Olunloyo dumps Mercy, declares support for Tacha

”Tacha got a customized Ciroc drink, not an endorsement deal” – Kemi Olunloyo