Man Climbs Mast, Vows Not To Come Down Until Buhari Resigns 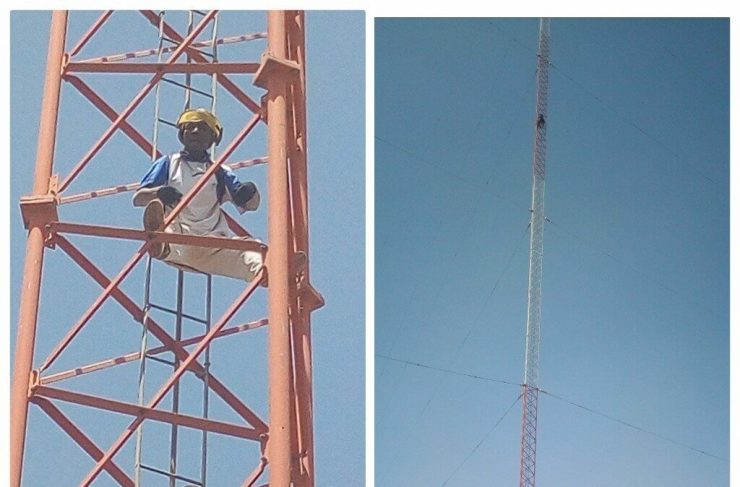 The viral photo of a middle-aged man who reportedly climbed a mast in Kebbi state and vowed not to climb down until president Muhammadu Buhari resigns has hit the internet.

According to reports, the man refused to come down after much plea from onlookers until the chairman of the Local Government came in.

The chairman was said to have lured him into coming down with the promise of giving him a brand new motorcycle.

Read Also: If you want to leave Nigeria, you can go – Buhari

He has then whisked away from the scene immediately he got down.