Pastor and masquerade fight for attention at Market (Video) 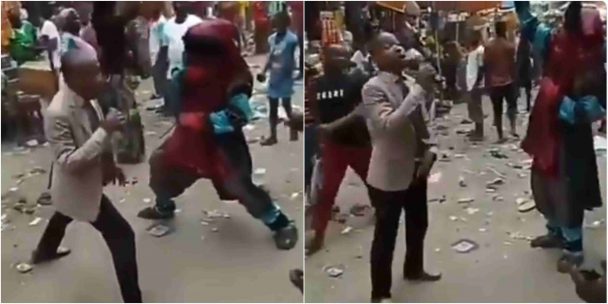 In a rather comical display, a pastor and a masquerade were seen in a video going toe-to-toe during evangelism at a market.

In the video which is already going viral, the pastor could be seen trying to get the attention of the traders at the market, while the masquerade was beside him, apparently distracting him from passing his message.

The pastor wasn’t moved by his antics, however, but the scene eventually turned into a comical one as passersby and traders laughed at the hilarious duo.