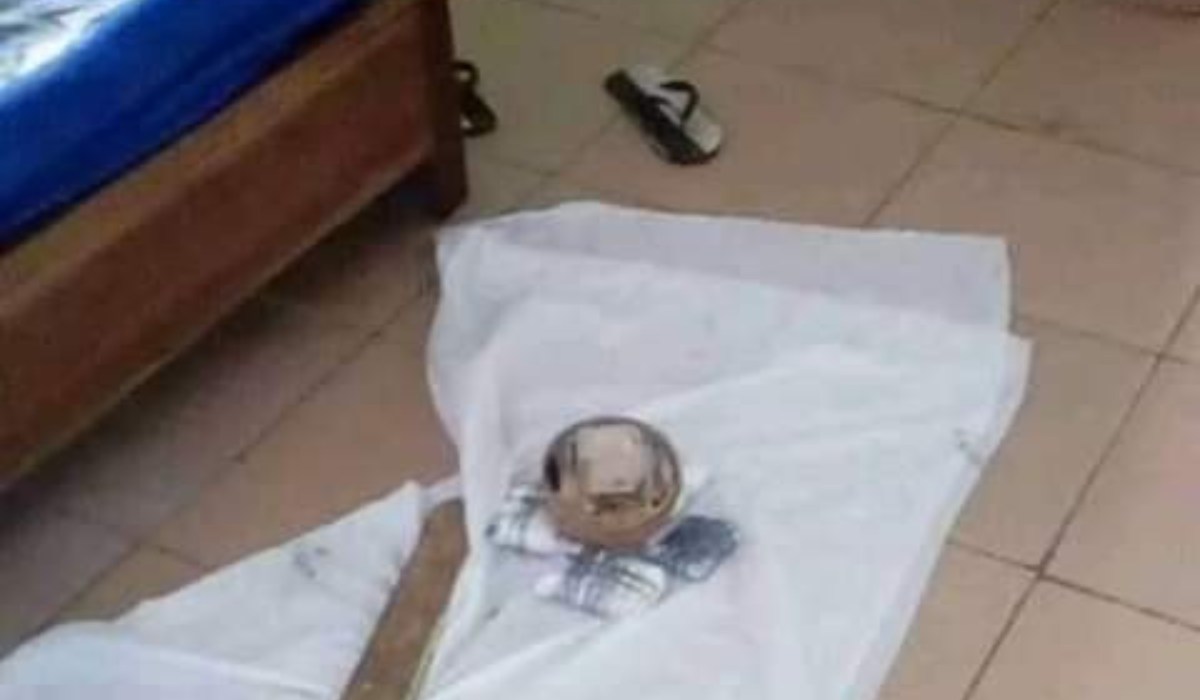 An unidentified ritualist has been found dead in an hotel room in Ebonyi and a calabash containing money in a white cloth was also recovered.

According to reports, the ritualist who was seen dressed like an herbalist was found dead in an hotel room in Afikpo, Ebonyi state and the management were shocked to also find a calabash of money beside him.

“There was a heavy downpour accompanied with uncommon thunder the night before the day he was found dead” a Facebook user claimed.