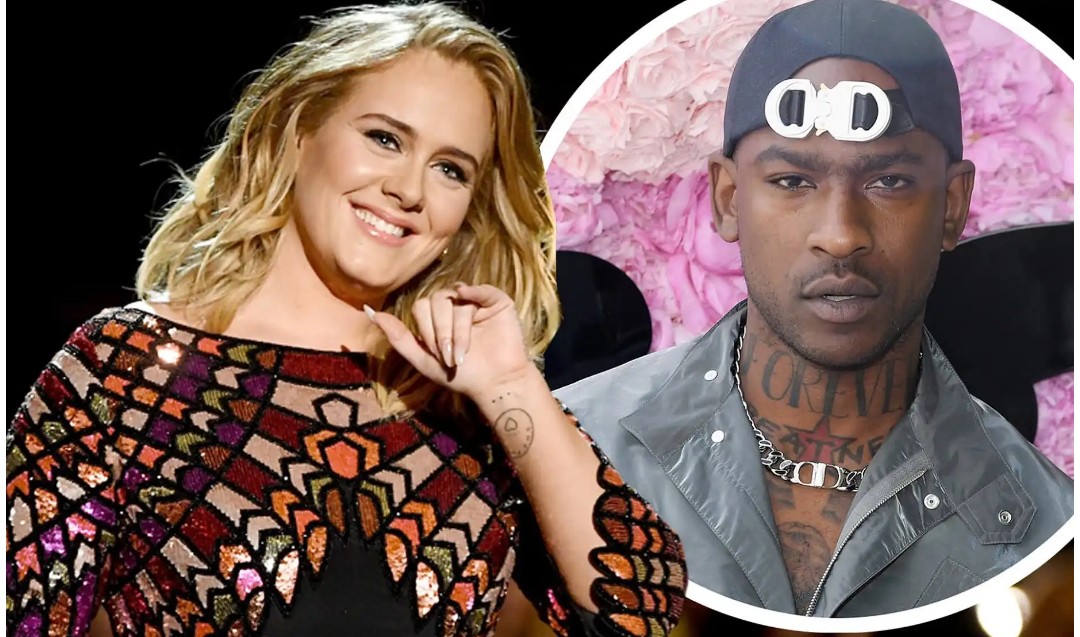 Adele has moved on from her divorce with Simon Konecki and is now allegedly dating British-Nigerian Grime rapper, Skepta.

The 31-year old first gave hints of dating her fellow Tottenham native when she appeared at his 37th birthday at the Crystal Mall experience few weeks ago.

A source revealed: ‘They have a close bond and there’s definitely a special connection’

‘Adele and Skepta have been there for each other a lot after both their relationships split up. They have a close bond and there’s definitely a special connection.

‘They’re spending more and more time together. Some of their friends are hoping and predicting they could end up being a great couple one day.’

The insider added: ‘They are both private about their love lives and they are both committed to their children first and foremost as well.’

Adele shares a son with Simon Konecki whom she was married to for seven years.

In a 2016 interview with ES Magazine, Skepta spoke of Adele: ‘Adele texts me all the time and keeps me in check. She speaks to me about how things are going.’

‘She gassed me up. One day I was just chilling and she [tweeted] a picture that said ‘Tottenham boy’ and she’s from Tottenham as well.

‘I was actually going to quit music that day, that was one of the sickest things ever. She’s like the lady of Tottenham.’

Adele filed for divorce from Konecki last month and also asked for physical and legal custody of their son Angelo,

Konecki agreed to her terms which shows that their parting ways will be amicable.

The former couple first split back in April before Adele took it a step further by filing for divorce.

‘I can have sex for more than 2 hours, I can go 10 rounds’ – Big boobs model, Pamela Odame brags