It, however, seems Tinny wants to make him experience the consequence of his exit from the label by making sure his forthcoming album flops totally. The label has started to leak his songs since yesterday and has also promised not to stop. The label released two songs off the album yesterday and revealed there are more to come.

Their actions have however come under scrutiny on the internet with music fans hurling abuses at them for such desperate act. 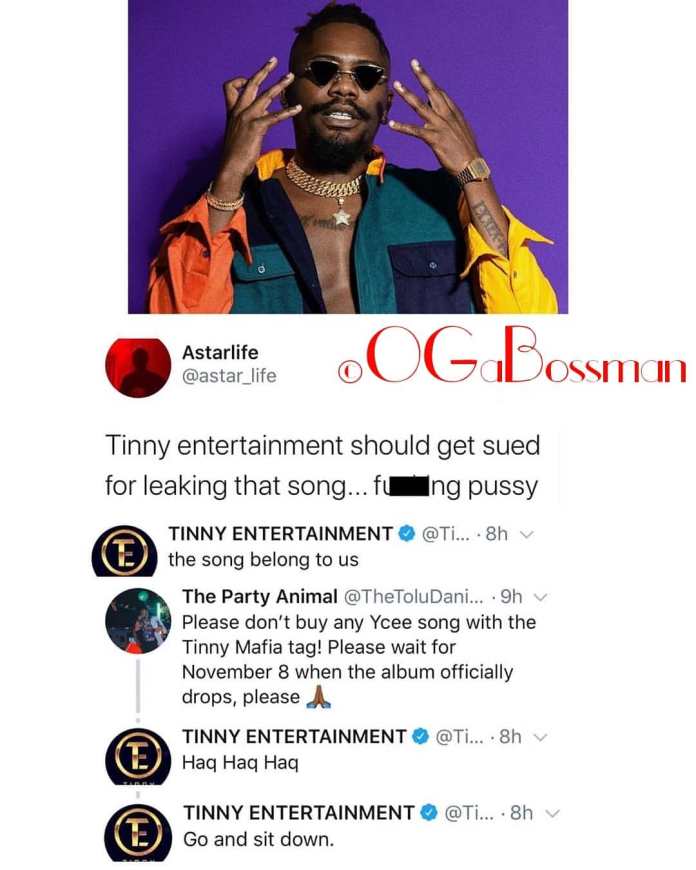 In related news, Kizz Daniels’s former label, G-Worldwide Entertainment has reopened the legal battle between the label and it’s former signee, Kizz Daniel whose former stage name was Kiss Daniel.  The Label in pursuit of this course has engaged the law firm of Olisa Agbakoba Legal, led by Senior Counsel, Dr Olisa Agbakoba, SAN, to prosecute its claims against the Artiste.