Wizkid threatened me with a gun – Northboi 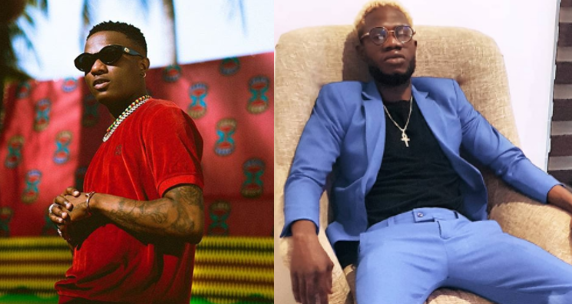 Following the rift that occurred between Wizkid’s producers, Northboi and Killertunez earlier today, Northboi has continued to reveal more dirty secrets. He has openly accused Wizkid of threatening him with a gun. See his tweets below: 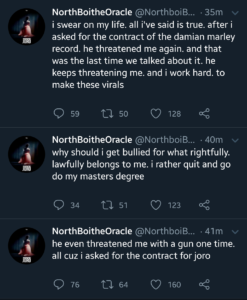 Nigerian superstar, Wizkid’s producers Northboi and Killertunez brawl at each other on Twitter this afternoon and it all started when Northboi aired his view on how Killertunez gets more recognition and promotion from Wizkid despite his hits and hardwork.

Killertunez wasn’t having any of his gist and stood up to him and they both spilled some top secrets not to be heard anywhere..Read full gist below