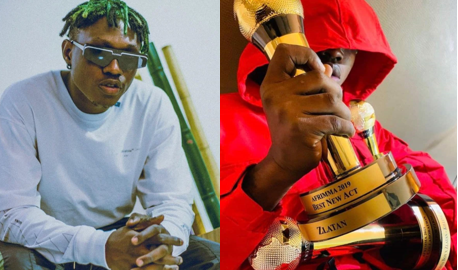 Nigerian rapper Zlatan Ibile bagged three awards at once from The AFRIMMA awards 2019. He received Best Collaboration Awards, Best new act and Song of the year. On his third appearance on the stage, Zlatan made an epic stage nearness hotshot as he ‘Gbe His Body’ and afterwards held the mic to make this stunning disclosure about his way of life a year back.

According to the singer “This time last year, he was hopeless and he had no shelter”… One will only wonder what year was he referring to, maybe it was 2014 and not 2018.

Zlatan Ibile offers N7.3million to any lucky fan who can…

The premium music award platform for African music in diaspora pulled a host of top African music superstars and personalities to the event. Some of the stars who graced the stage to perform are Rema, Stonebwoy, Master KG, Zlatan etc.

Some of the winners for the night were Burna Boy, Zlatan, Rema, Toofan, Akothee etc.