Nollywood actress Nkechi Blessing who recently announced the breakup with her former boyfriend has shared a sexy photo of herself as she vacations alone in Dubai. The actress, like many other celebrities, went to Dubai for the One Africa Music Festival that happened last weekend.. 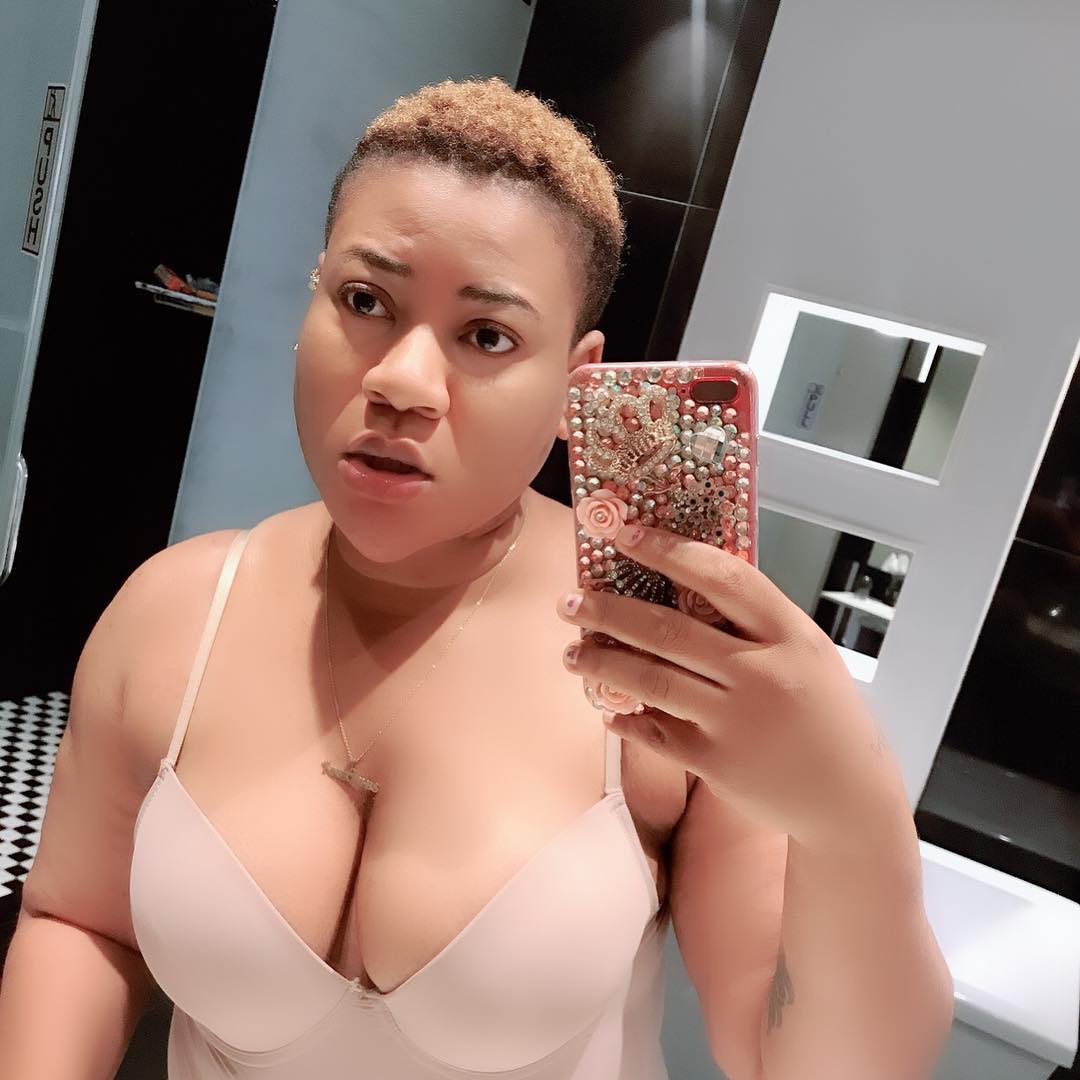 Taking to Instagram, she shared a photo of herself in a lingerie barely covered with a white sheer robe, teasing her fans and followers with her body. Taking the picture right in her hotel room, the actress shared the photo with her followers and fans. Sharing the photo, she wrote: “Hello from the 38th floor of Burj Al-Arab… Edakun, who’s close to this place.” 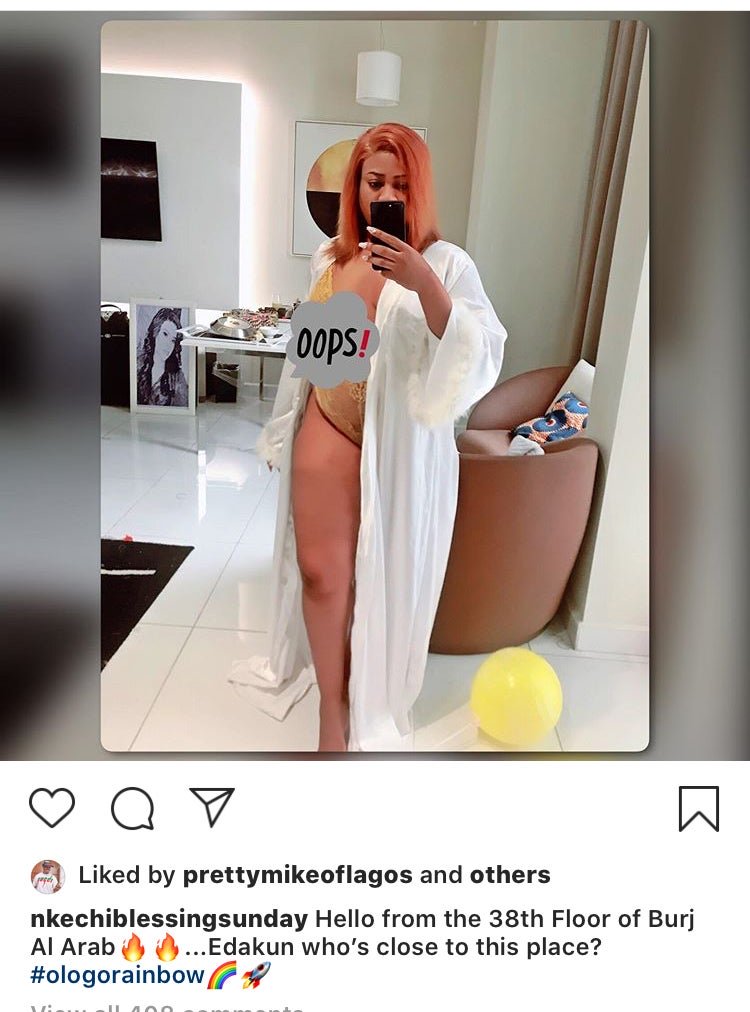 How Funke Akindele changed my life in 2019 – Nkechi Blessing