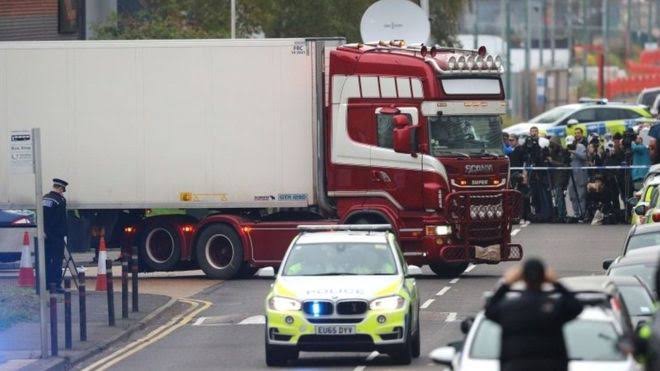 Few days after the arrest of suspects associated with the death of 39 Vietnamese immigrants in October, a man has been arrested in Witshire, England following reports of suspicious activity which led to discovery of 15 immigrants in the back of a truck.

Apparently a private citizen had made reports to Wiltshire authorities on Wednesday evening about the suspicious activity in the area, prompting the police to block the highway leading to the arrest of the suspect.

A police spokesman said, “We were called by a member of the public shortly before 8.30pm this evening following a report of suspicious activity involving a lorry on the A350 near Chippenham.

Nigerian doctor struck off in the UK for sleeping with two…

Officers attended the scene and located 15 people in the rear of the vehicle. At this early stage of our investigation, we believe they are all over the age of 16.”

This is step in victory in the fight against illegal trafficking and migration.

Nigerian roads are not as bad as people claim – Fashola

Will VAT be hiked after this second reading?