Another Trouble! Zlatan Ibile says he’s back for Tacha on twitter 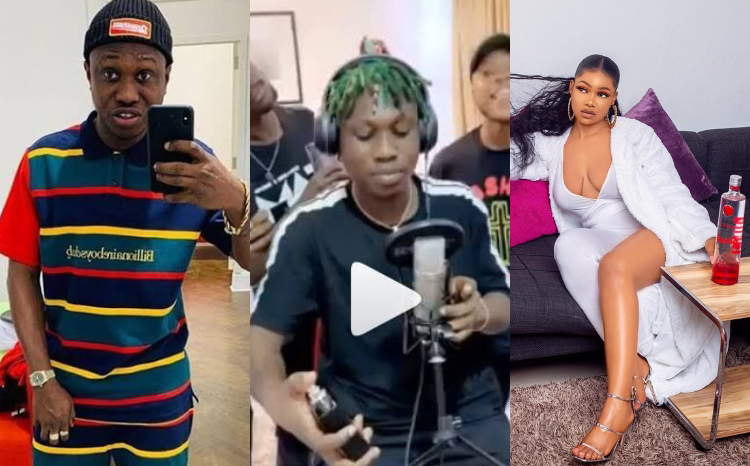 Nigerian street singer, Zlatan Ibile has confirmed that he is full of trouble. He said this in a tweet he shared while addressing the controversy he caused when he released a diss video for Tacha some weeks back.

Tacha was still in the Big Brother house when heated exchange of diverging views about her was trending on Social media because of her attitude on the reality TV show.

Someway, somehow, the argument led to cyber-bullying after Mercy also appeared to tell Tacha that she had body odour.

People are suffering right now — Tacha laments over the high…

Zlatan jumped on the trend and he quickly recorded a song for Tacha, making jest of her yet unconfirmed body odour. In the song, the ZANKU crooner raps in Yoruba that, “Ah, what is smelling?! Tacha, you will not kill me.”

Tacha has not forgotten her bullies so soon, and she has taken actions to keep them away from herself. Zlatan Ibile in particular was blocked by the reality TV star on social media and the singer has now said that he is ready to cause another trouble, probably with Tacha.

Zlatan also went on to reveal that Tacha is the only reality TV star she knows from the season 4 of the Big brother naija show. I’m in trouble! My boyfriend just broke up with me because of Omashola – Toyin Lawani cries out