Babcock sex tape: Leaked chat of what fully happened and how it started (Full Gist)

According to information reaching us, the guy from the Babcock University s*x tape scandal has been expelled from the school for possession of hard drugs and currently undergoing rehabilitation at Neuropsychiatric Hospital. The video was leaked on twitter after the couple had a fallout. Reports also have it that the lady has been apprehended by the school security over the alleged sex tape and also expelled.

Close ties to her family says it is a known factor that the lady named Joy is an alleged Nymph as she was expelled from her secondary school for sexually related offences. Erika on the hand, has been expelled from the school a semester ago after being tested positive for drugs. He was in rehab when they both agreed to have the tape in order for Erika to have fond memories of his lover, Joy. Read different accounts below

Have you read: Babcock student visits her psycho boyfriend in Aro Psychiatric Hospital and this happened in his private ward 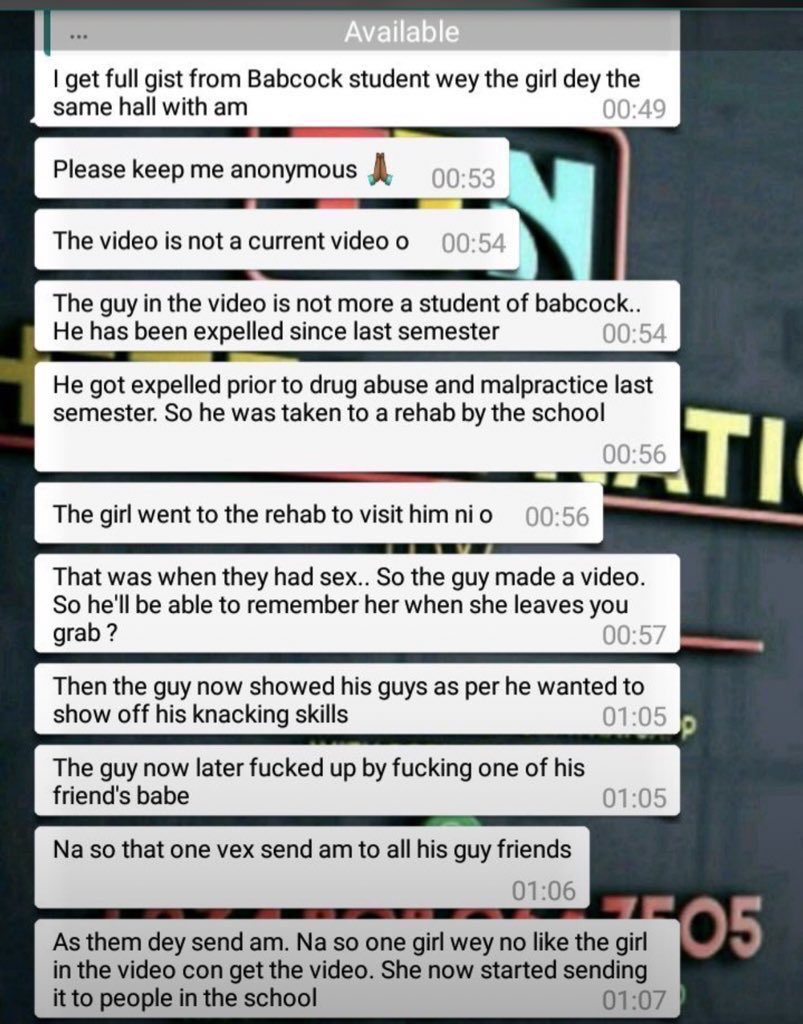 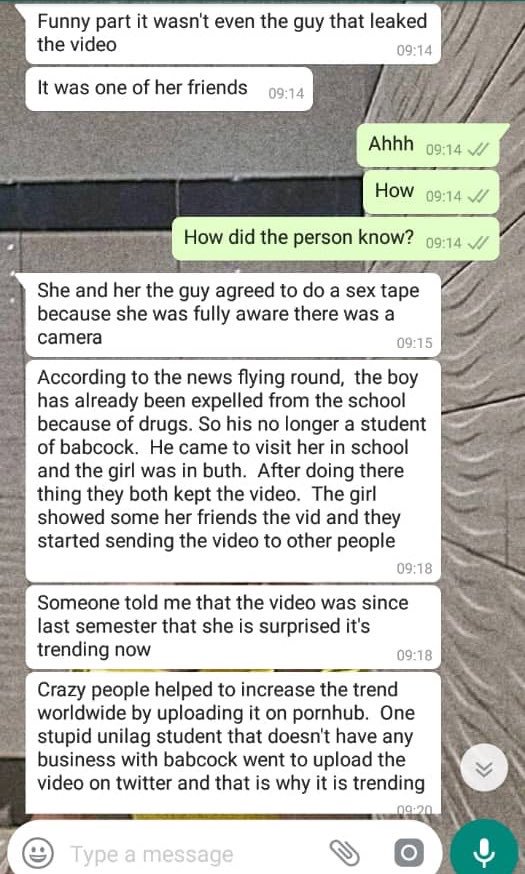 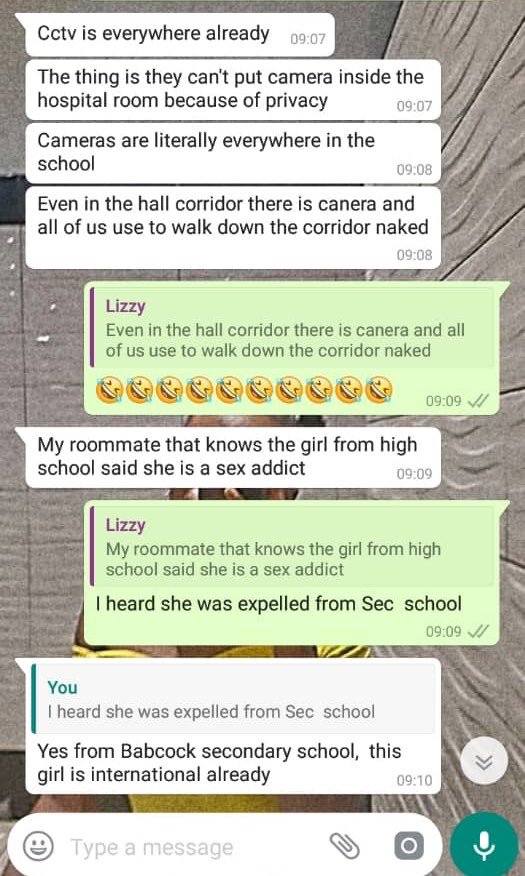 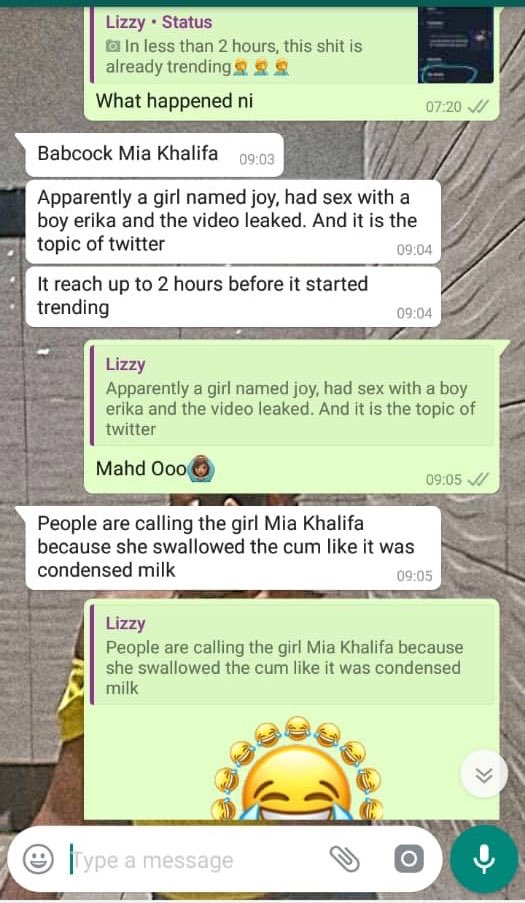