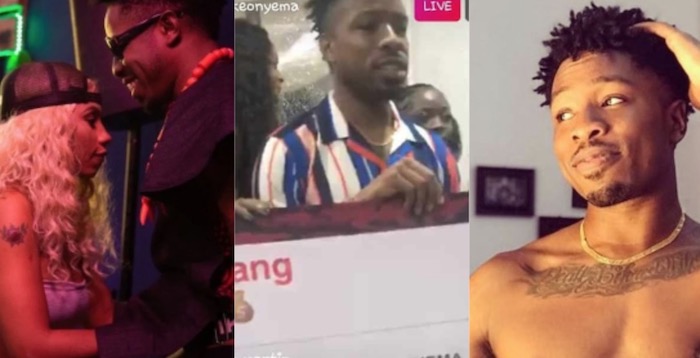 Ike may not be bagging as many endorsements as he may have wanted after the show, but he sure has a lot of female fans loving him, regardless, as can be seen with recent approach taken by some of his fans; mostly females, who decided to make him smile some few hours ago.

Ike, on Instagram, shared photos of fans who took it upon themselves to “endorse” him in their own little way. The American based Nigerian Igbo boy, who has been heavily criticised of recent for following Mercy to almost all her events, took to his Social Media page to make it known that a few of his fans gathered together to contribute the sum of N500,000 to their star boy.

Ike, with smiles on his face, appreciated all of them who took out time to not only love him, but also dipped hands into their pockets to financially bless him.

This is more like his first endorsement, and we hope more would be coming after this, and this time, we also hope that reputable brands would do the needful. What do you think?

In other news, during Ike and Mercy’s usual dates to events, Ike was videoed teaching Mercy how to speak with an American actress, the lovebirds, were somewhat secretly captured during a night out in an event, and Mercy’s reaction was quite funny, Watch it here