Wizkid rarely gets into a fight since he left EME to run his career by himself under his Starboy label in 2013. He has been so calm and rarely even reacts to controversies except in exceptional cases.

One of such exceptional cases is his recent outburst with Soundcity entertainment; a 24-hour Nigerian lifestyle and music channel based in Lagos from Consolidated Media Associates Limited.

For unknown reasons, Wizkid too to his twitter page to blast the the popular music station, using unprintable words. He then asked them to fix up before he will further loose his temper, but the starboy did not spill the story in full details.

Soundcity quickly responded to Wizkid’s tweet, in a cowardly drafted statement, asking the starboy what their offense was. 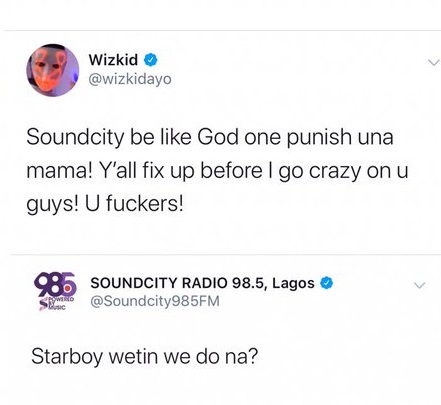