Bobrisky should repent or be struck with incurable sickness – Prophetess warns

A Prophetess on social media website, Facebook, has issued a stern warning to Nigerian cross dresser, Idris Okuneye aka Bobrisky.

The Prophetess identified under Mummy B Prophetic Ministry, claimed that she got a message from God that Bobrisky should repent and change from his abominable ways or else he would be incurablly sick.

The prophet also boasted about her previous prophecy that came to pass, emphasizing on her prophecy during the 2018 election, stating that many hated her but the prophecy cane to pass.

Read her prophecy below; 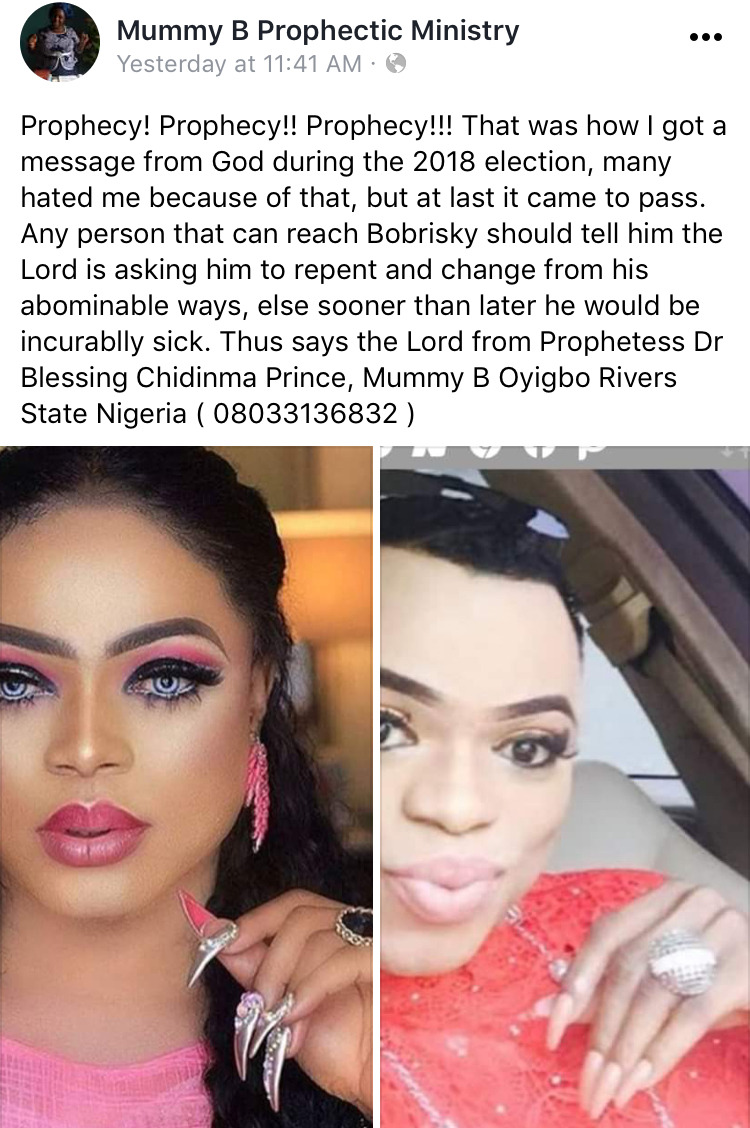 Meanwhile Bobrisky is currently bleeding painfully according to his claim. The cross dresser underwent a surgery recently and claims the pain is more than he expected.

”Tonto helps me cleanup in the bathroom” , Bobrisky laments in a post we published earlier.