Chioma reveals where she and Davido made love to give birth to their son, Ifeanyi Adeleke (Video)

There are umpteenth reasons why Davido fell in love with Chioma Avril Rowland and being cheeky is sure one of them. The mother of one took to her Instagram page to share cute videos of her and her boo to celebrate is 27th birthday and tagged him ‘bestfriend’. The Davido and Chioma ‘shippers‘ took no time to react to one striking video of the both of them having a nice time in a romantic getaway.

An Instagram user in Chioma’s comment section seemed quite sure that Davido and Chioma began the journey of bringing their son, David Adedeji Adeleke to the world in one of the videos. She said ‘The last video is where the sp*rm was dropped’

Chioma who was literally having ‘A Good Time‘ (Pun intended) responded by saying: ‘O2 actually‘ 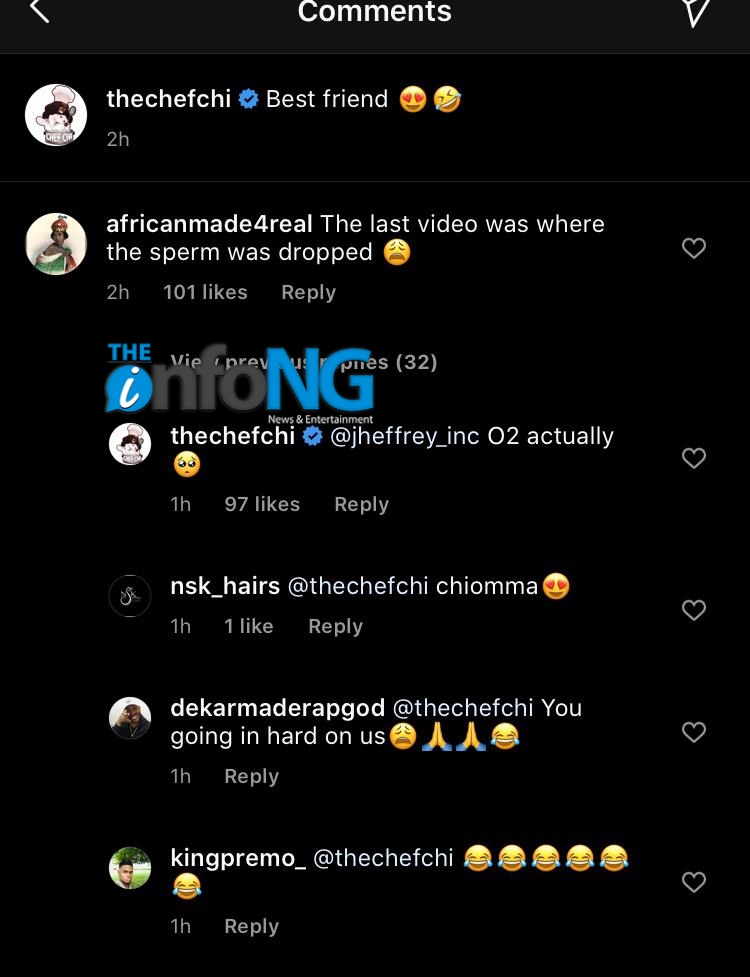 Is it safe to say Davido and Chioma had a romp backstage at the O2 Arena during one of his performances? No be TheInfoNG talk am oo. See the video below: