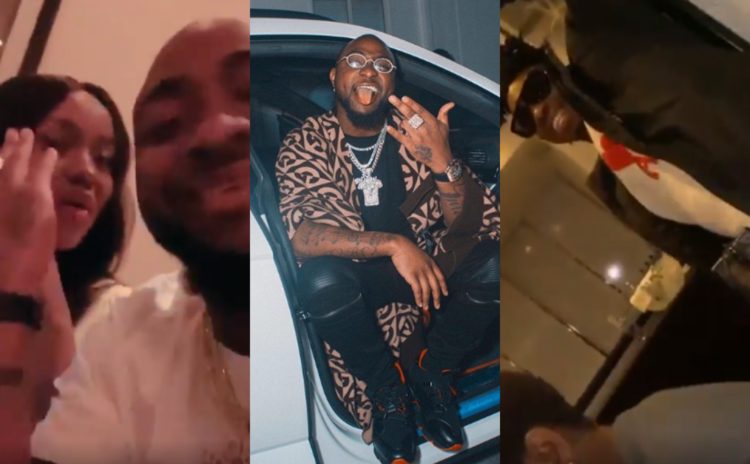 Nigerian singer, David Adeleke popularly known as Davido has everything to be thankful for as he celebrates his 27th birthday, today November 21 2019. Papa Ifeanyi as fondly called hosted his close friends and family to an expensive dinner in one of London’s finest restaurant last night and it was really a moment to relish for the singer who has shown tremendous growth over the years.

Davido who is set to release his third studio album titled ‘A Good Time’ revealed his highs and lows of 7years journey in the entertainment industry. See the touching caption he accompanied with his Album artwork below:

READ ALSO: It is Papa Ifeanyi’s birthday tomorrow – Chioma shares loved up photos with Davido as she anticipates his birthday

A Good Time
It’s been a long 7 years. A lot has transpired in my life since my debut album ‘Genesis’, and I, David Adeleke (aka Davido) have gone through a process of immense changes and growth. In sad times I lost close family and friends (RIP) and in my happiest times I’ve created lives (Imade, Hailey & David Jr). I fell in love and got engaged to my PHENOMENAL fiancé, Chioma. I’ve fought battles of all kinds and on all fronts: spiritual, physical, mental, emotional even political.
With less than 48 hours left of the 7 year wait for the album of the century; A Good Time reflects on the ability to trust the timing of your life, enjoying the best moments & persevering through the worst ones. There’s no time like the present and it’s A Good Time to be alive, to be a PROUD AFRICAN and to fight for the freedom of one another – in unity. This is my album cover art and it reflects the culmination of my 7 year journey in audio/visual form, I present to you, “A Good Time”. OUT Nov 22!!! #AGoodTime

Watch videos from the dinner below: