The eyeglass pulled fans attention after he rocked a it at his son’s naming ceremony, but little did he know that the glass won’t be his for long.

In a new instastory on Davido’s social media page, the singer shared that he is disconsolate and broken because he has not been able to find the diamond eyeglass.

When it first dawned on him that the glass was missing, he posted on his Insta story that “If my glass really lost, imma cry no cap”.

Two hours after, he still couldn’t find it, then he knew the glass was gone. He posted an update in a pattern that showed he was screaming. He wrote; “My eyeglass noooooooooooo” 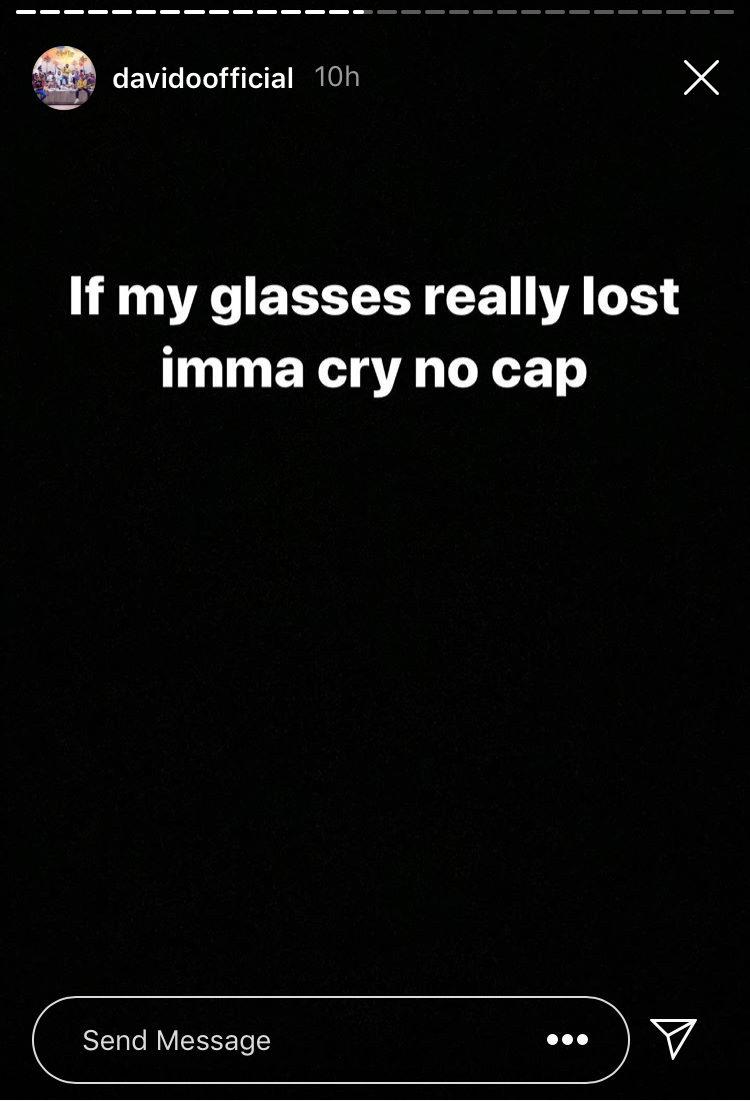 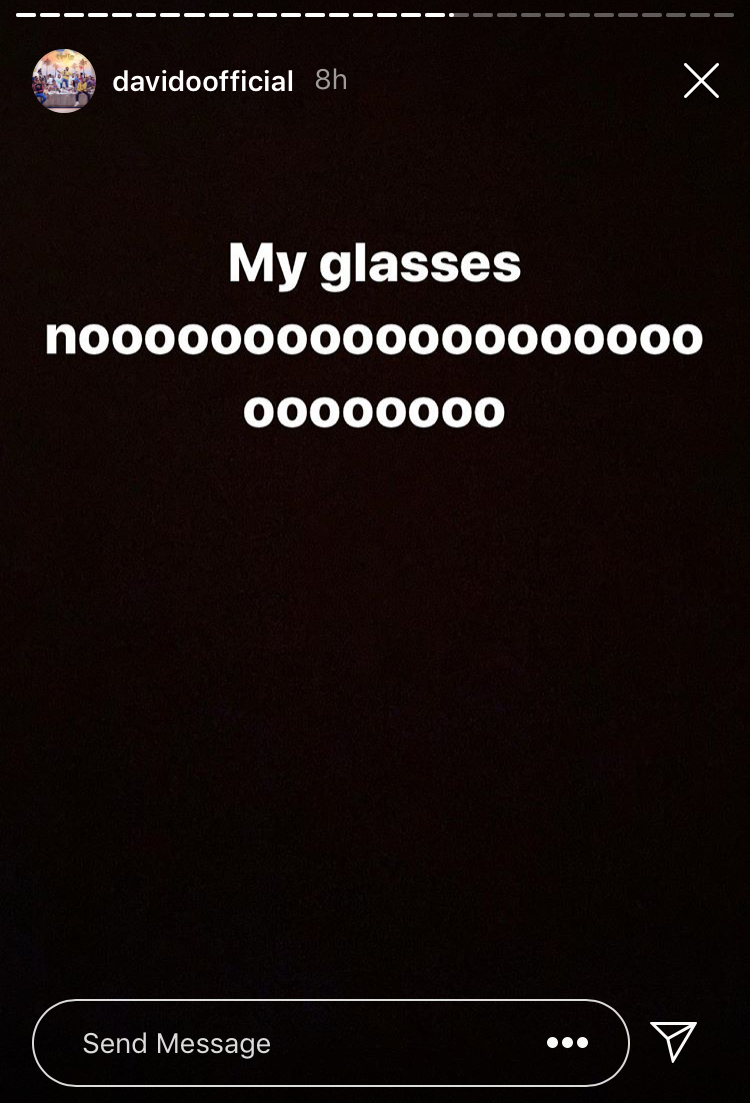